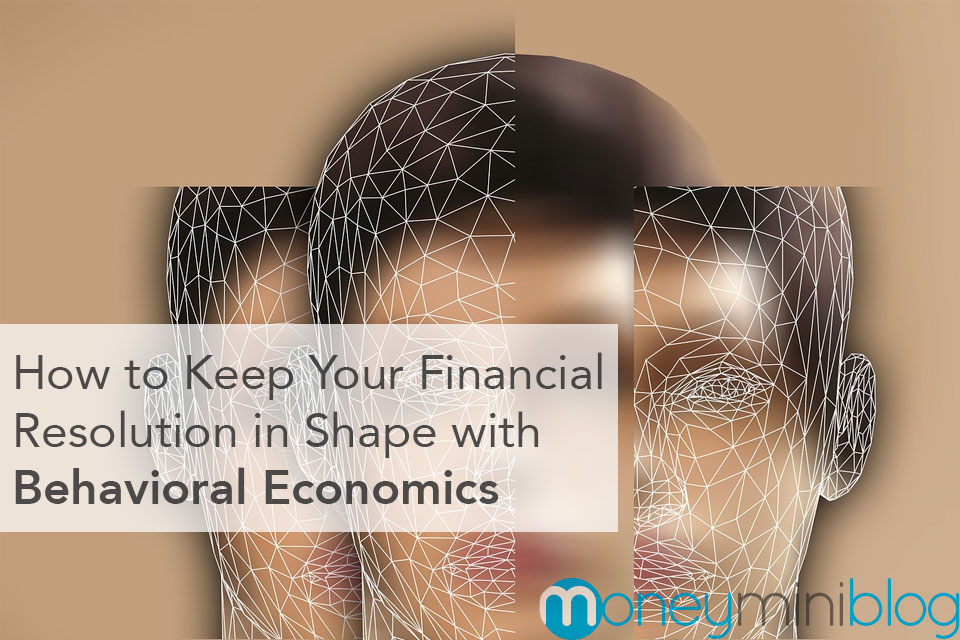 I have never been too much of a spender but keeping my outgoing financial assets in line for an entire year, as I had planned to do, proved to be a challenge until I resorted to behavioral economics.

My end goal was to save up enough in order to be able to set up a trust fund for my children. This way, I thought, by the time they were going to reach maturity, they would have a safety net to fall back on.

To reach that goal, I started, like any person would, with a careful analysis of my monthly budget. Taking into account the incoming funds was disappointingly easy but the spending was diverse and hard to track. Already wary of moving big sums at once, I was surprised by the amount of money that unimportant things amounted to each day.

From irrational purchases of products I never used to impulsively buying chocolate and chips that caught my eye while in the supermarket, I found it hard to explain my own economic behavior. On the theoretical level, I understood that my own spending was influenced by a series of factors, most of them emotional. However, while I was able to identify the fears and goals of individuals in terms of business advents, I could not control my own drives when it came to the budget of my own household.

To get a hold onto my own present bias and narrow framing I resorted to a few psychological tricks. To pay my taxes and monthly invoices I turned to the Sovereign online banking service. Planning ahead and automatizing the process, I simplified my budget by ruling out the definitive spendings of the monthly pattern. As such, I was free to look at my remaining funds.

Behavioral economists tell us that people do not always act in their best interest. Subject to systematic emotional and psychological influences, they act as poor economic agents and utility maximizers. Loss aversion blocks consumers from purchasing high-quality but high-cost products while wishful thinking makes them over evaluate poor products.

I was not an exception. Lost between the isles of the supermarket, I became a primal buyer once again. Purchasing numerous low quality low cost products, my brain was telling me that I was not spending too much. In reality, judging by the sheer volume of cheap shoes I bought within a year, for example, I would have been better off by acquiring a couple of expensive pairs right at the start.

A second trick I used was to pay for my small purchases using cash. According to researchers at Stanford and MIT, paying through physical bills stressed the pain centers in the human brain. This can be used as a powerful tool in order to prohibit excessive spending. By doing this, I managed to counter the emotional impulse telling me to buy the desired chocolate with the pain my brain felt whenever I reached for my wallet.

Connected to the previous point, I started to carry less cash, stopping myself from spending before I had the opportunity. It may seem childish or unimportant, but my irrational self, like anyone else’s, is childish and prone to random spending. Refusing it the opportunity to manifest early on proved to be wise in the long run.

The Individual as a Business

Budgetary planning at a personal level also became easier once I looked at myself as just another business that needed to be turned profitable. However, instead of planning each fruit or bottle of water that I bought, I focused more on the prices. As time passed, I became aware of small price increases or decreases, adjusting my spending patterns accordingly. Redirecting my funds to other products, I managed to stay ahead of the curve and save money.

Financial education, used by governments as a potential protection tool for consumers, was shown by a study ran by the Organization for Economic Co-ordination and Development to have mixed results. Instead, pure behavioral economics applied at a personal level removes the confidence and trust you inherently have in yourself to follow your own plan through. By treating myself as a business, I managed to balance my budget, raise cost efficiency and improve the quality of my overall life.