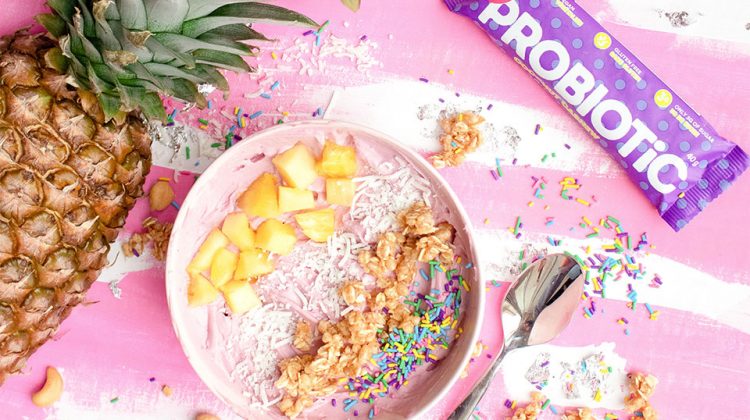 Live bacteria deemed “good” or helpful to the performance and wellbeing of one’s body are called Probiotics. These probiotics are the same as bacteria found naturally in the human body. If someone eats fermented foods like cheese, yogurt, and pickled vegetables, they may already be ingesting some of these beneficial bacteria. Ingesting good bacteria to improve health has been a topic of debate since the early 1900s. Probiotics’ beneficial properties have been studied extensively, with impressive outcomes. Many different types of probiotic strains are now available on the market in food and supplements. Below is a discussion about the probiotics and the effective strains.

A person’s bowels are home to 100 trillion microbes from over 500 distinct species. One’s bacterial mix is as unique as their fingerprint. Disease or strain can disrupt the microbial balance, causing digestive issues. Probiotics function by altering the composition of someone’s stomach bacteria or increasing the metabolic reactions of already present bacteria. In the intestine, beneficial bacteria outnumber bad bacteria. It keeps this bad bacteria from growing and infecting or inflaming the body. For instance, excessive amounts of yeast in the body lead to yeast infection, but a healthy intestinal biome keeps yeast at bay.

Probiotics improve digestive health by aiding digestion and allowing one’s body to obtain nutrients from their food. Enzymes and proteins produced by good bacteria can inhibit or, at times, kill bad microbes. Certain probiotic species can also boost a person’s immunity. Some bacteria are required for the production of hormones, vitamins, and nutrient absorption. Type 1 diabetes in children may be linked to an inflammatory response caused by an imbalance in intestinal bacteria.

It is among the most commonly known and popular probiotic strains. It boosts the immune system and supports gastrointestinal system health. L. Acidophilus study has shown that it is especially beneficial for women in minimizing gut problems including gas, irritable bowel syndrome, bloating, leaky gut syndrome, diarrhea, and lactose intolerance. The strain also helps one’s gut absorb nutrients from their food and boosts their immune system so they can fight off disease with ease. L. Acidophilus protects against allergies and improves vaginal in addition to urinary tract health.

The strain accounts for roughly 95 percent of the digestive tract at birth and helps to shield the newborn baby from pathogens. The strain attaches to the lining of one’s colon to aid in the overall digestive process, nutrient uptake, and breakdown of sugar. According to research, Bifidum aids in the prevention of colds and cases of flu. The strain also sticks to the vaginal walls lowering pH levels and hindering bad bacteria from flourishing and growing.

The above strain is among the most useful probiotics for treating traveler’s dysentery and diarrhea after antibiotic use. It sticks to the gut wall and combats infections in the gastrointestinal and urinary tract once ingested. The above strain is strongly advised for those who have dairy allergies and have a hard time digesting milk products. It is also among the best for enhancing vaginal health.

B. Breve is an anti-aging strain that protects against vaginal yeast infections as well as Escherichia coli. It also aids in the relief of acid reflux, diarrhea, digestive problems, and gas. The above strain is well known for its ability to digest a wide range of molecules, making it effective against a diverse variety of dangerous bacteria.

Another probiotic strain that generates lactic acid together with enzymes that help in lactose metabolism is Coagulans. It improves one’s body’s ability to use nutrients and minerals like iron, phosphorus, and calcium. It also impacts vaginal health; research shows that 91 percent of females who bolstered their regular diet with Bacillus Coagulans saw improvements in their pH levels, vaginal health, and discomfort. The above spore-bearing type of bacteria, which belongs to the Bacillus family, stays in the system for a prolonged period of time than other bacteria because it is extremely resistant to light, moisture, stomach acid, and high temperatures.

Thermophilus is a well-studied strain that is especially beneficial to the health of women. The above strain, in addition to helping with digestion problems like leaky gut, irritable bowel syndrome, and diarrhea, also helps in dairy product digestion by creating lactase. It also increases immunologic resistance to common pathogens. Streptococcus Thermophilus is a huge benefit to the commercial food market because it is a genuine introductory strain for making probiotic-rich yogurt and cheese.