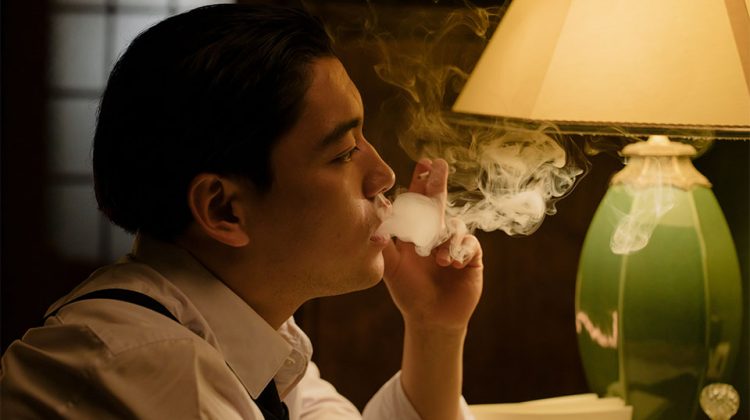 Vaping has been popular for a long time already. If we go back to the roots of the hobby, we would find the information that their modern inventors Hon Lik developed to help those who are smoking avoid getting lung cancer. Unfortunately, lack of scientific data and understanding of some medical point in this issue did not make the aim achievable for him. The problem was that not only the process of burning tobacco provokes cancer.

However, e-cigarettes have been invented and people all over the world are using them. Even those, who are trying to give up smoking, do. Having these two contradictory facts together, one might feel confused. They could have questions about scientific evidence and real-life proofs of e-cigarettes being effective or ineffective against smoking and all its possible harmful consequences. Let’s dig into this topic together.

The problem point is that many purchasers are looking for the best e-cigarette hoping for a nicotine-free lifestyle. This happens when a person lacks the motivation to simply stop himself or herself from hazardous habits by the power of his or her mind. Being new in this world, e-cigs are often confused with some other devices and some features can be attributed to them by mistake. However, far not all of the qualities of the device are positive.

E-cigs might look like a safer alternative to smoking thanks to advertising, even though they are not included in the list of safe alternatives to regular cigarettes. On the other hand, no advertising conceals the fact that nicotine is used in the majority of vape liquids. Therefore, if a person is rational and sensible, they cannot believe that they will face no problems with nicotine addiction after using e-cigarettes for a while.

Obviously, the more popular the e-cigs become, the more precise their effects are being studied. Scientists, as well as ordinary people, are getting more and more interested not only in the development of e-cigarettes as electronic devices but also in the consequences that vapor can face in the short- and long-term future. More and more research is taking place and the world community comes across new facts about vaping, which gives us the opportunity to prevent possible physical damage and forestall any psychological traumas.

Talking of the existing research, the majority of them is based on conventional cigarettes. That is so because ordinary cigarettes exist for a longer time in history. Simultaneously, some of the existing research has been outdated for a while. As for scientific works on usual cigarettes, it is proven that about 7 thousands of toxic chemicals get into smoker’s bodies daily. In addition, cigs produce damaging lung-choking tar. The final flourish is that smoking can cause up to 14 different types of cancer.

As regards vaping, it does not burn the tobacco leaves. That is to say, the lack of this process helps to eliminate some of the negative outcomes of smoking. On the other hand, this brings a bunch of new issues such as studying the vapor aerosol. In other words, the substance that one uses for either the worst or the best electronic cigarettes can be of shady quality. As a result, one can inhale a chemical bomb that consists of all types of harmful elements. Additionally, you can find a wholesale vape supply website to save money on supplies.

For sure, if a vaper is buying only certified vaping products and doesn’t mix different liquids, it is hardly possible to get poisoned unless he or she just drinks the liquid. Products that are sold after the FDA’s approval cannot bring drastic harm to the user. The only drawback of such liquids is that they are usually more expensive. One more point is that many vapers are still eager to try self-made or illegally bought substances. Curiosity killed the cat.

Unfortunately, the research shows that most smokers, who are trying to quit and have started their vaping path, still continue using their regular cigarettes. This means that they consume two types of nicotine, one from burnt tobacco leaves, and the second from vapor. Scientists from Seoul National University conducted research on dual smoking in 2020. Their findings prove that dual use is more dangerous than vaping or smoking separately.

For instance, greater nicotine dependence and higher urinary cotinine levels are one of the outcomes of using both conventional and electronic cigarettes. Scientists also add that depression, mood swings, and other behavioral risks are more likely to happen to those, who use both vaping devices and real cigarettes. Their data also claims that about 85% of vapers are dual users, which means that switching doesn’t always happen smoothly.

The Best Ways to Quit Smoking

Probably, some of you expected a list of the best e-cigs here. However, no trustworthy source presents e-cigs as one of the ways to quit smoking. What is more, most of them claim the opposite. Hence, vaping cannot be seen as the way to quit smoking. Doctors put their foot down the fact that gum, lozenges, medication, or patches are all better ways for a smoker. This is also recognized by the FDA.

Smoking cessation programs work all over the United States, and everyone can join it. These programs use a comprehensive approach, where both the physical and psychological sides of nicotine addiction are taken into account. Statistics say that some of these programs even if do not end up with 100% of people quitting smoking, at least dramatically decrease the level of daily nicotine intake for patients.

There is no scientific evidence that vaping is a great tool to get rid of the bad habit of smoking. Moreover, it was proven that vaping can be harmful itself no matter if one uses the best e-cig and an e-liquid of the highest quality or not. The best way to combat addiction is to consult a doctor, who works in the sphere of evidence-based medicine, knows the addict’s past medical history, and is comfortable to share your fears and rueful feelings with.