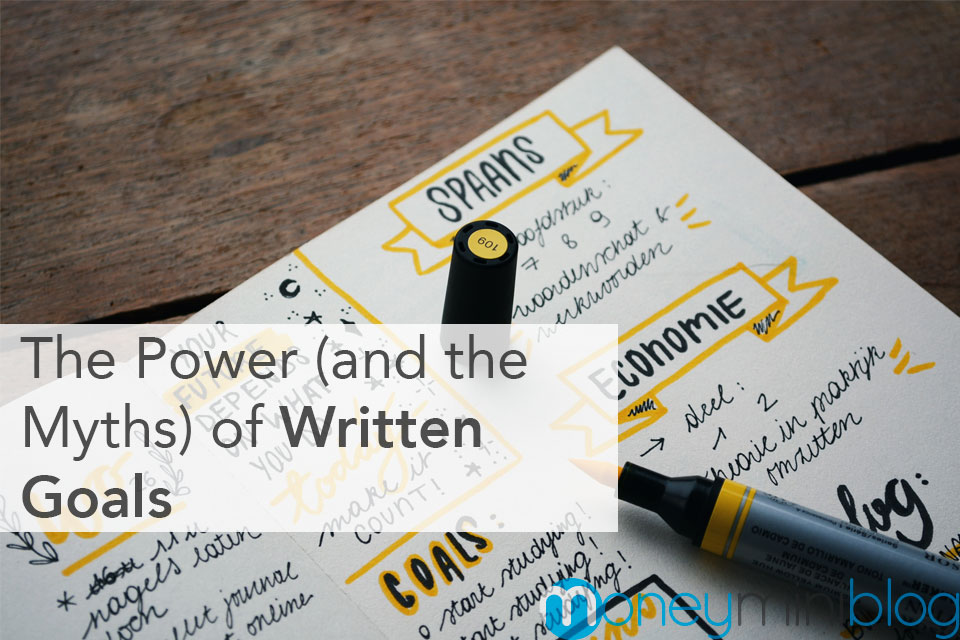 If you’ve read some books on goal setting, you’ve probably read that only 3% of the population have written goals.

That statistic is often followed by something like “it doesn’t matter if this is true or not, the point is very few people write down their goals.”  There is a need for that justification.

The story goes, a Yale University class set goals.  3% of the class wrote them down, while the other 97% didn’t.  Twenty years later, the researchers checked in on the classmates to find that the 3% with written goals had more wealth than the other 97% combined.

What an interesting study…the only issue is that it never actually happened.

This study, or the idea of it, dates back more than 50 years.  From Jay Riffenbary to Tony Robbins to Zig Ziglar to Brian Tracy, references to this study have been published in books time and time again.

The media company, Fast Company, got curious to find this 1953 study, so they began doing some research.

After no luck finding the study’s source from the authors mentioned above, they went straight to one of the Yale graduates, Silas Spengler, a retired lawyer from the class of 1953.  Here’s what he had to say:

According to Spengler — who listed his future occupation in the Yale yearbook as “personnel administration following a course of business administration at Harvard,” and who instead went into the navy and then to law school — he never wrote down any personal goals, nor did he and his classmates ever participate in a research study on personal goals.

Of course, this doesn’t diminish the value of written goals.  You knew I was going to say that, didn’t you?

I also don’t think it challenges the validity of the authors above.  After all, this has been quoted for so long in success seminars and personal development lectures that it’s become common knowledge.

The only problem I have with this study is that, if it were true, it would lead you to believe that there is a big difference between two individuals that write and don’t write down their goals.  But that’s not the end of it.  Not even close.  If you and I both set the same five goals, yet I write them down one time on a spare piece of paper, and you don’t write them down at all, I would venture to say that I may have a 1% better chance of reaching my goals.

Possibly less than 1%.  Why?  Because writing your goals on paper is not magic.

A Quick Note on Goal Size

You can achieve some pretty crazy goals, but the most important part is action. Too many people get caught up on thinking they have to do something spectacular and then they spend their entire life trying to make the next Google or Amazon.

You don’t even need an original idea. For example, Whatsapp is a popular app to say the least. Instead of trying to reinvent the wheel, you could always create a mod for an app that’s already available. That’s exactly what GBWhatsApp did.

If you write down some goals that don’t happen because they were “too big,” just start back from the beginning and re-assess. It’s better to have huge goals and never quite meet them than to live with mediocre goals.

The Right Way to Write Goals

From what I have found, written goals are much more powerful than goals not written.

Here’s some key steps I’ve found that actually make a difference in your ability to achieve your goals:

I don’t think there needs to be a study to back that up.  How could you not have a better chance of achieving your goals if you follow a pattern of writing and reviewing them daily?

In other words, written goals don’t make much of a difference, active goals do.

But just to reinforce the power of written goals, there actually is a study…that really happened…

A Study That Actually Happened

Dr. Gail Matthews, a psychology professor at Dominican University in California, actually conducted a study on setting and writing goals.  There were 267 participants and she found that the people with written goals were 42% more likely to achieve them.

Dr. Matthews actually had five different groups and the full results were interesting.  The group that just wrote their goals down didn’t have the highest success rate.  Here were the groups:

Here were the results:

The graph shows that the more active you are in setting and keeping your goals, the higher your chances of success, which means written goals are more powerful than thought-about goals, but it’s not just about writing them down.

You’re fooling yourself if you think you’re suddenly going to achieve a goal because you write it on a piece of paper, and then walk away and forget about it.

For more on Dr. Matthews’s research, you can download the full study here.

Do you have written goals?  What steps do you take in goal setting?