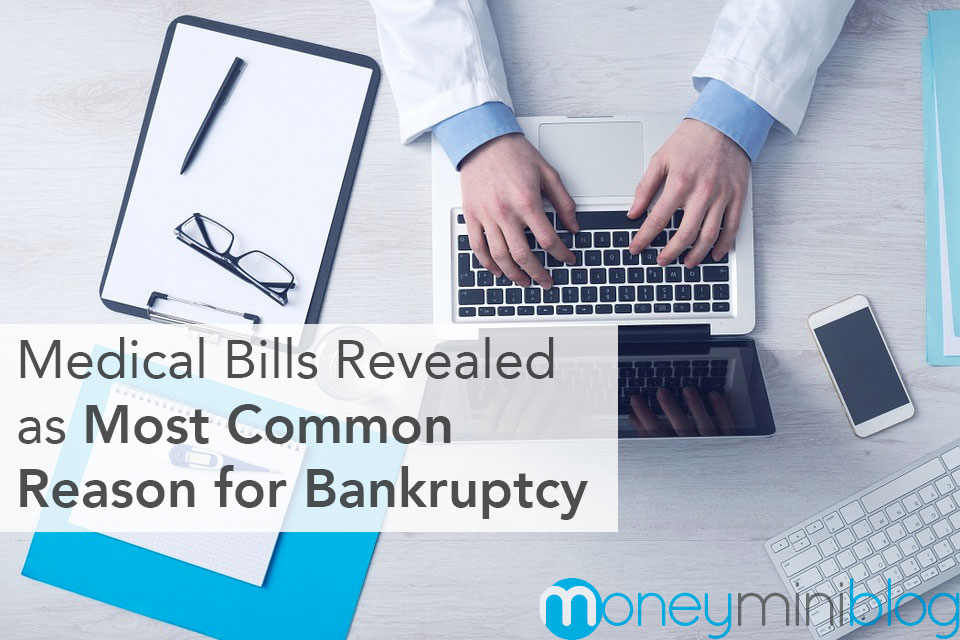 Americans aren’t especially renowned for being financially literate. While young Americans aged 18 to 29 currently owe over $1 trillion in debt, with half of all Americans reporting they have less than $1,000 saved and have absolutely nothing put away for retirement. In short, there are countless citizens who are merely one paycheck away from finding themselves in dire straits. And if a medical emergency should occur, all bets are off. In fact, health-related costs could be the very reason you have to file for bankruptcy protection. Even among people with health insurance, 20% of Americans struggle to pay their medical bills.

Since the recession ended, bankruptcy filings have been on the decline. However, some experts note that one reason for this is that the filing process itself is actually too expensive. Still, many people do find the means to file — though their reasons for doing so might not be what you’d expect. Although 40% to 50% of marriages end in divorce nationwide, financial issues following the dissolution of a romantic partnership actually aren’t the biggest reason Americans file for bankruptcy; medical bills are. While financial problems following divorce represent roughly 24.4% of bankruptcy filings, roughly 66.5% of all American bankruptcies can be attributed to medical issues. In 2013, bankruptcies stemming from unpaid medical bills affected an estimated 2 million Americans, though numbers have likely increased in the years since. And what’s more, having health insurance coverage may not do nearly enough to prevent this scenario.

According to a new report, nearly 24 million Americans with employer-sponsored health insurance coverage are still unable to pay their medical bills. As the costs of medical care and insurance rates keep increasing, experts estimate that even more Americans will continue to struggle with these payments. Many residents have been hit with a “double whammy,” of sorts, due to rising drug costs and skyrocketing insurance deductibles. It’s no wonder that 45% of Americans believe that a major health-related expense could bankrupt them.

Not surprisingly, at least 43 million Americans have overdue medical bills show up on their credit reports, which can make it that much harder to buy a house, open a business, or make any type of major life advancement. And while the Consumer Financial Protection Bureau has proposed some new rules that would dictate how debt collectors are allowed to utilize electronic communications and other means to contact consumers pertaining to monies owed, many consumer advocates say these efforts aren’t enough to keep Americans from being endlessly harassed.

Unfortunately, there’s no imminent solution for Americans, as even those with insurance coverage are faced with financial hardships as a result of healthcare. For now, many residents are forced to hold out hope that they simply won’t get sick — and if they’re forgoing preventative care just to keep their heads above water, that strategy isn’t likely to pay off.