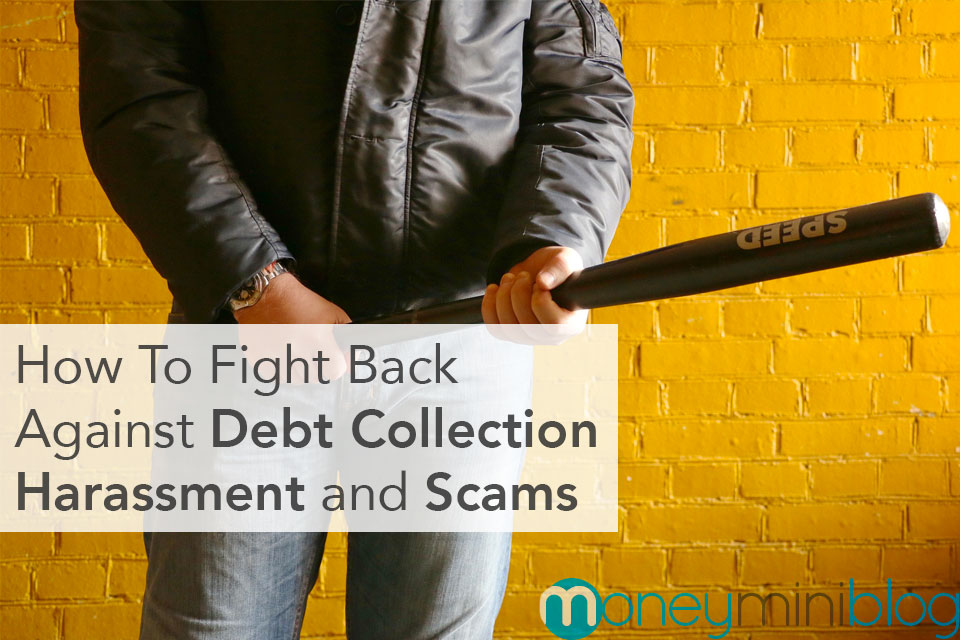 If you’re drowning in debt, you’re probably well-acquainted with the all-too-familiar feeling of dread that washes over you every time the phone rings. If you pick up, you might be faced with an aggressive debt collector on the other end who will stop at nothing to get you to pony up. And while the words for “silver” and “money” are the same in at least 14 different languages, it doesn’t matter what you call it when you don’t have it; you just know these creditors won’t leave you alone any time soon.

Or will they? They might if you’re fully aware of and act on your rights as a consumer. Sometimes, debt collectors will actually use tactics that aren’t in line with federal protection laws like the Fair Debt Collection Practices Act. Debt collection businesses might use illegal scare tactics to convince you to pay (sometimes, they’ll do this even when you don’t actually owe anything!). In some cases, it works. But you can fight back if you know what they’re not allowed to do.

What Debt Collectors Can’t Do

For one thing, they cannot lie about the amount you owe to them or threaten you with violence. They can’t use foul language, call you repeatedly, or continue to contact you at work if you have informed them (orally or in writing) that your employer does not allow you to receive calls like this. They can’t contact you before 8 am or after 9 pm your time, and they can’t call you at times you’ve said are inconvenient. They’re also not allowed to lie about who they are (i.e., they cannot claim to be a lawyer or an employee of a government agency) so that they can deceive, threaten, or harass you. They can’t falsely claim you’ve committed a crime or that you’ll be arrested, either.

What’s more, debt collectors have to send a written validation notice within five days of the first time they contact you; this notice has to include the amount you owe, the name of the creditor to whom your debt needs to be paid, and what you can do if you feel you do not owe this amount. If they cannot provide proof that you owe the debt they say you do, they are not allowed to contact you further.

How to Stop the Harassment

You can also send a cease and desist letter, provided that you’re dealing with a third-party debt collection agency. You can also send such a letter if you’re being hounded by debt collectors looking for a debtor who used to have your phone number. Be sure to save all correspondence between yourself and the debt collector and to make note of the time and the individual you speak to on the phone.

Remember to keep good records and hold onto them. Bad debt deduction claim records should be kept for seven years; while it may not be necessary to go that far when dealing with these calls, you’ll definitely want to keep track of evidence, should you ever need to go to court.

How to Spot the Scams

Being harassed by debt collectors is bad enough when you actually owe money. That’s a reality for many Americans, as outstanding consumer debt in the U.S. is expected to reach $4 trillion by the end of 2018. But when you’re not actually in debt, it’s even worse. You’ve probably heard horror stories about timeshare scams, IRS scams, and just about any other scheme that preys on our biggest financial fears. It should be no surprise, then, that there are people out there who want consumers to pay for debts they don’t even have.

According to the Federal Trade Commission, the top category in the 2.7 million consumer complaints filed last year were related to debt collection scams. Debt collection scammers often pretend to be lawyers in order to coerce consumers into paying for fake debts. They may even use business names that are purposefully very similar to those used by existing organizations. This action has actually resulted in the real businesses receiving complaints about abusive practices they never performed. The FTC also alleges that some of these scammers threatened innocent consumers with arrests and prison time if the debts weren’t paid, a move used by IRS scammers and others. The agency has already banned 13 different companies who have violated federal laws in this way.

If you receive a call from an insistent and abusive company that claims that you owe them money, don’t get caught up in the fear. Instead, try to be rational. Review the name of the company carefully and make sure it matches your records. Consider the fact that your cable or utility company wouldn’t demand you pay your debt with a prepaid card or wire transfer, and they certainly wouldn’t threaten to arrest you for non-payment. Again, you can always request to have this information sent to you in writing (which might scare them off) or contact an attorney if you have any questions. You can also file a complaint directly with the FTC if you think a debt collection agency is violating federal law or you think you’re being scammed.

Having debt — or even being accused of having debt — can be scary. Around 70% of Americans have at least one credit card, and that alone makes it easy to get into financial trouble. But it’s important to keep your wits about you and know your rights. Whether you owe money or not, you don’t deserve to be harassed by abusive debt collectors or scammers.