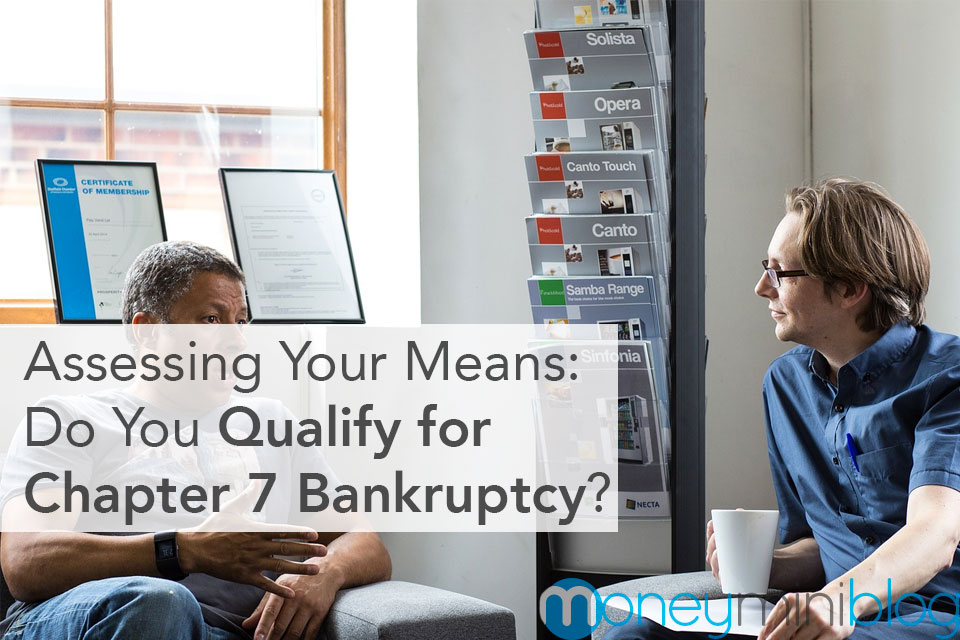 When a person’s debts build to the point that it becomes impossible to keep up with payments, it will sometimes make sense to consider filing for bankruptcy. There are three distinct forms of bankruptcy protection that are made available to individuals under federal law, two of which are far more frequently sought than the other.

The Type of Bankruptcy for Which Most Individual Debtors Opt

Attorneys like those at the Law Office of Ronald D. Weiss regularly help debtors obtain protection from creditors under Title 11, Chapter 7 of the United States Code. As the most profoundly definitive and final of the various forms of bankruptcy, Chapter 7 provides a fresh start to many debtors each year.

In fact,more than two-thirds of all bankruptcy petitions by individualsare filed under Chapter 7 of the law. Despite that, qualifying for this form of legally granted protection is never to be taken for granted.

That is because there are some fairly strict requirements governing just who can obtain Chapter 7 bankruptcy protection and under which circumstances. Some of the issues that most often prove relevant are:

Chapter 7 is reserved for individuals of relatively modest means, with debtors who are especially well off normally being forced to make use of other options. Since 2005, debtors’ current levels of income are compared by the court to established averages for the state and region of residence. Debtors whose recent levels of income exceed the median will normally qualify for Chapter 7 bankruptcy only if their debts are correspondingly large. A detailed means test will be applied to determine whether this bar has been reached.

The law requires that anyone who plans to seek protection under Chapter 7 must first complete an approved credit counseling course. This measure is meant to ensure that the kinds of problems which led to the need to file for bankruptcy will be less likely to arise again in the future.

Bankruptcy protection is to be sought and provided only when conditions of unusual need are present. Debtors are not supposed to file for bankruptcy casually or frequently, and the law includes safeguards against such behaviors. Generally speaking, a debtor who has filed for or obtained any form of bankruptcy protection in the past will need to wait a number of years before petitioning for it again.

Chapter 7 bankruptcy is most often pursued by individuals and various kinds of businesses. There are other types of legally recognized entities that will normally not be eligible for this type of protection from creditors.

A Serious Step That is Sometimes for the Best

Requirements like these are imposed to ensure that Chapter 7 bankruptcy will be available only to those who have real need of it and seek it out in good faith. Because Chapter 7 most often involves the liquidation of some or all of a debtor’s assets, it should always be considered a major step that will produce significant, long-lasting consequences. For many debtors each year who do qualify and are grappling with serious financial problems, though, Chapter 7 proves to be the best available solution.