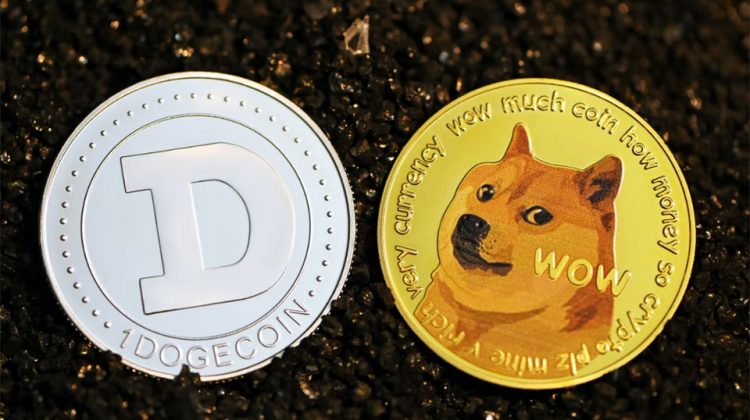 If you’ve ever needed an underdog story, look no further than this cryptocurrency. Dogecoin started as a meme cryptocurrency, but now it’s quickly climbing the ranks. It thrived in early 2021, and while it cooled off in May 2022, it’s seeing quite a big spike again.

Despite its value continually changing, DOGE still ranks as one of the top 15 cryptocurrencies on the market. So much so, that Elon Musk is one of its vehement supporters, selling off 75% of Tesla’s Bitcoin, but keeping all of its Dogecoin.

If you’re wondering how to invest in Dogecoin, here’s everything you need to know.

A Brief History of Dogecoin

When people call Dogecoin a meme currency, they truly do mean it. It was created as a joke by two software engineers, Jackson Palmer and Billy Markus. Their goal was to create a digital currency that was different from other cryptocurrencies.

It was officially launched in December 2013, and in a month, the Dogecoin.com website reached over 1 million visitors. While it garnered a lot of reach, Dogecoin went through several ups and downs during this first month, though. By December 19th, its value soared by 300%, but three days later, its value dropped by 80%.

And, on Christmas that year, Dogecoin’s first major theft occurred. Hackers using the cryptocurrency wallet platform, Dogewallet, stole millions of coins. A fundraiser was set up to replace the coins that were stolen.

Despite all this, the trading volume of Dogecoin surpassed that of Bitcoin in January 2014. Bitcoin’s market capitalization remained far ahead of Dogecoin, though.

But, Dogecoin continued to rise. During the 2017 and 2018 cryptocurrency bubble, Dogecoin peaked, and its total market capitalization was valued at just below USD 2 billion.

With cryptocurrency quickly becoming a mainstream form of investment, Dogecoin seems to continue to peak in interest.

Social media has had a large part in this. In 2020, Dogecoin spiked again, all thanks to a TikTok trend. This trend urged people to buy the cryptocurrency, all to push the value to USD 1 per coin.

Social media struck again in 2021. Thanks to all the attention Dogecoin received on Reddit, it jumped by over 800%. This attention was in part encouraged by Elon Musk during the GameStop short squeeze.

Throughout 2021, Dogecoin, along with other cryptocurrencies, continued to soar. It reached new milestones and became more and more popular.

Dogecoin vs Other Cryptos

Believe it or not, there are now over 19,000 cryptocurrencies available, (at the time of this writing) with the three biggest being Bitcoin, Ethereum, and Tether. So where does Dogecoin fit in?

While it might not be one of the big three, Dogecoin is still within the top 10 cryptocurrencies. By 8 July 2022, one DOGE was valued at USD 0,07.

This meme coin is officially considered an altcoin, and while most still consider it a joke, its blockchain technology holds some merit. It’s based on Litecoin, which in itself is a fork of Bitcoin.

Unlike Bitcoin and several other cryptocurrencies, though, Dogecoin uses the Scrypt hash standard. This makes Dogecoin far more accessible than Bitcoin, which uses the SHA-256 hash standard.

Dogecoin was also intended to have an unlimited market supply, whereas most other cryptocurrencies are capped. However, in recent years, Dogecoin’s market supply has been capped.

For more information about the differences between Dogecoin and Bitcoin, read this article.

Should I Invest in Dogecoin?

Building your investment portfolio is a good thing, always. But making the right decision can be tough, especially when any form of investment is a risk. Before investing in Dogecoin, take a look at some of its pros and cons.

there are several advantages to investing in Dogecoin, despite it being seen as a meme and being a bit unstable.

For one, it is completely decentralized. This is a feature that Dogecoin shares with Ethereum, which is the second most valuable cryptocurrency. Despite Ethereum being slow and expensive, its decentralized nature is what gives it its value.

Decentralized cryptocurrencies have no single point of failure. This is extremely important, especially after several popular currencies fell in value in recent months.

Dogecoin is one of the most decentralized cryptocurrencies on the market. But what does being decentralize mean?

Well in simple terms, it allows anyone to mine dogecoin, without the need for expensive equipment. This is all thanks to its Proof-of-Work Algorithm.

Being decentralized also allows Dogecoin to be one of the safest cryptocurrencies on the market. You can buy some DOGE and retain it for a long time, with limited fear. And as more and more people and investors value decentralization, DOGE might see even bigger and better gains in the future.

Dogecoin has an ever-growing community of holders and investors. This makes it highly suitable for medium exchange.

Since its creation, Dogecoin has always had a strong community. And now, members of the community include influential people, like Elon Musk and Mark Cuban.

When these influential people discuss Dogecoin, in any capacity, it draws more and more people to the cryptocurrency. Increasing its value and market share.

Nothing is perfect, not even Dogecoin. As with any investment, there are a few disadvantages to this cryptocurrency.

One of the biggest disadvantages of Dogecoin is its unlimited coin supply. Every year, around 5 billion DOGE enter into circulation. While this makes DOGE more accessible, its lack of rarity can weigh down its price.

Adding to this is the fact that crypto is still in its infancy. While crypto is becoming more mainstream, it’ll take a long while before it’s all completely adopted. This means that it may take a long time to put a dent into Dogecoin’s supply, and its continual resupply may overwhelm its price, causing it to crash.

Some other major cons include:

The Future of Dogecoin

Thanks to the handful of cons associated with Dogecoin, its future is quite uncertain. Not many people are too fond of its rollercoaster nature. Many believe that because there is no valuable project backing Dogecoin, it might not be able to stand the test of time.

But it still has a lot of potential. Especially with the likes of Elon Musk firmly backing and supporting it.

Thanks to its lighthearted nature, and somewhat lower value, Dogecoin makes a great option for beginner crypto investors. It also has the ability to make you a decent profit in the short term – if you play it right.

Several finance experts also expect Dogecoin to hit more spikes in the future, including in 2022. Thanks to the Pros listed above, some in the finance community believe that DOGE will only continue to rise.

How to Buy Dogecoin

Despite its unpredictable future and its several cons, a Dogecoin investment isn’t a bad idea. It has the potential to grow and make you quite a bit of money. But it’s never a good idea to put all your eggs in one basket. Having a diversified crypto portfolio is definitely the way to go.

So how do you go about buying dogecoin?

1. Decide on an exchange

The first thing you need to do, besides choosing how much DOGE you want to buy, is deciding on an exchange. To trade in crypto, you have to open an account with a cryptocurrency exchange.

You can choose between Coinbase, Binance Canada, and Netcoins. Wealthsimple Crypto is a great option for beginner crypto traders and investors. Bear in mind though, that DOGE isn’t available on all exchanges.

Once you’ve chosen exchange and decided how much DOGE you want to buy, it’s time to deposit money into your exchange account.

You can do this using several methods, including depositing from a checking or savings account, wire transfers, and Interac e-Transfers. Some exchanges accept credit cards too.

Once the money is in your account, you can start buying Dogecoin.

On your chosen exchange’s trading or purchasing platform, search for Dogecoin. From there, choose your trade type, and input the amount you want to invest. Alternatively, you can input how many Dogecoins you’d like to buy.

Like other cryptocurrencies, your Dogecoins should be available immediately.

By default, any crypto you buy will be stored in your exchange’s wallet. While this is convenient, it can be a bit dangerous. Many investors prefer to withdraw their crypto and store it in another, more secure wallet

There are two types of crypto wallets: a hot wallet, and a cold wallet. Check out this article to learn more about them.

But it makes a great option for first-time investors, or those looking into diversifying their crypto portfolio.

Dogecoin has several pros and advantages that give it plenty of potential and a promising future. So why not invest in dogecoin to reap all these potential benefits?

If you want to learn more about cryptocurrency, check out our other blogs.