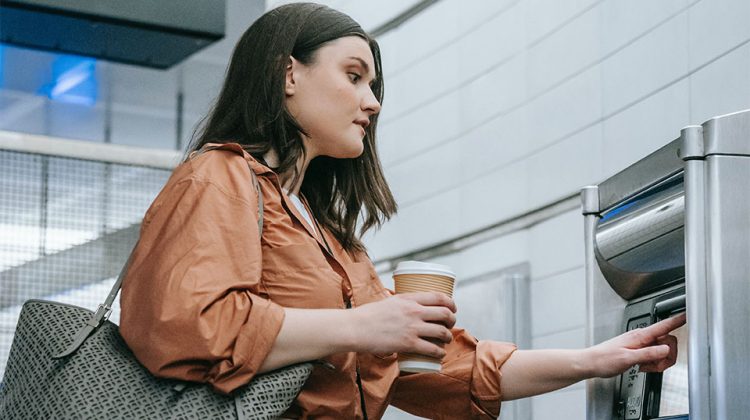 Bitcoin is the most widely used cryptocurrency today. Even though it has only been around for a short time, it is growing faster than before. Many people are investing in bitcoins these days and making a lot of money. As a result, bitcoin ATMs were developed to make transaction processes easier for investors and bitcoin owners. You may purchase or sell bitcoin with cash or a debit card at these ATMs.

These ATMs can be found in over 60 countries. For example, you can locate Bitcoin ATMs in Miami by visiting https://paydepot.com/florida-bitcoin-atm/miami.

People benefit from them in a variety of ways. However, there are certain drawbacks to employing them as well. We’ll go over all of the pros and cons of using them in depth in this article.

What Is a Bitcoin ATM?

A bitcoin ATM is an Internet-connected machine where people can deposit cash and purchase bitcoins and other cryptocurrencies.

Unlike a traditional ATM, a bitcoin ATM does not allow bank customers to physically withdraw cash, deposit cash, or transfer funds from their accounts. Instead, bitcoin ATMs perform blockchain-based transactions that transmit cryptocurrency to the user’s digital wallet, commonly via a QR code.

What Are the Pros of Using Bitcoin ATMs?

You can use Bitcoin ATMs to deposit cash, turn it into digital currencies, and convert bitcoin into real money. They are, in a sense, indispensable for many people. That being said, we’ll go through some of the advantages of using one of these machines.

People frequently express dissatisfaction with the pace at which bitcoin exchanges process their transactions. Verification and other factors contribute to the length of the procedure. A Bitcoin ATM is your safest bet if you’re pressed for time and want to move between different cryptocurrencies easily. If you want to get into cryptocurrencies through the blockchain, it is one of the best ways.

A QR code can be scanned using a smartphone app. These QR codes can then be used to identify you, bring up your bitcoin status, and provide you with the available cash-out alternatives. This is comparable to the time it takes to withdraw money from a traditional bank machine, usually under a minute.

There’s no need to stress about whether or not these automated teller machines are located near where you live. As of now, there are more than 60 countries where they have been installed. More people will be interested in investing in bitcoins as the number of installations increases. Thus, their popularity will continue to rise over the world over time.

Customers can now avoid the pitfalls of online transactions by using Bitcoin ATMs. Utilizing standard ATMs is second nature to most people, and using a Bitcoin ATM is no different. Thanks to this new technology, people can now easily convert their bitcoins into fiat currency. The whole process is a breeze since your transaction is completed with a few simple clicks. They are more simplified and networked than crypto exchanges.

To make things as simple as possible for customers, BTMs are scattered throughout the city. You can find ATMs for Bitcoin in various public settings, such as convenience stores, pubs, and restaurants.

Even those who consider themselves technologically savvy may find it difficult to follow some of the steps and stages of the crypto exchanges verification process. Due to the ATM-like capabilities, users find it comfortable to use a Bitcoin ATM to buy and sell cryptocurrencies.

When using bitcoin ATMs, customers no longer need to attach their bank information, guaranteeing their private information remains safe and secure. Nobody can steal your cryptocurrency or make an unlawful transfer unless they have your digital wallet key.

Making the payment will require the use of a digital wallet, and you may be asked to verify your identity. As a result, there are no downsides to utilizing a Bitcoin ATM, and your digital wallet is protected as well.

Even though it may not be a major benefit to some, others will appreciate the opportunity to use a new currency in their daily lives. Take pride in telling your loved ones that you are a regular user of Bitcoin ATMs and that you do so successfully and lawfully. The crypto ATM business is expected to increase tenfold in the coming years, establishing this kind of currency exchange on the market.

Converting one currency into another is a common issue for tourists visiting other countries. You don’t have to go to currency exchanges with bitcoins. Finding these ATMs and converting your digital coins to fiat currency is all that is required.

The Cons of Using Bitcoin ATMs

As a new and growing technology, there are a few key cons to keep in mind when using these Bitcoin ATMs:

Although bitcoin ATMs are convenient, you must pay transaction fees to the operators. There are times when the sum is greater than usual. You might think it’s pricey. This difficulty can be easily solved by thorough research before deciding on an automated teller machine. Otherwise, you run the risk of spending your hard-earned money.

Indeed, the number of ATMs being installed grows exponentially. Because they may not be available in your area, you won’t use them when needed.

Another drawback to using ATMs for cryptocurrency transactions is technical problems that happen quite often. You may be unable to complete the procedure due to these issues.

Fast, secure, and dependable: these are the hallmarks of Bitcoin ATMs powered by the blockchain. On the other hand, transaction fees must be taken into account. The role of Bitcoin ATMs will be critical in the future of cryptocurrencies. Over 20,000 ATMs have been built worldwide, which is great for spreading the word about cryptocurrencies and encouraging more people to start using them.