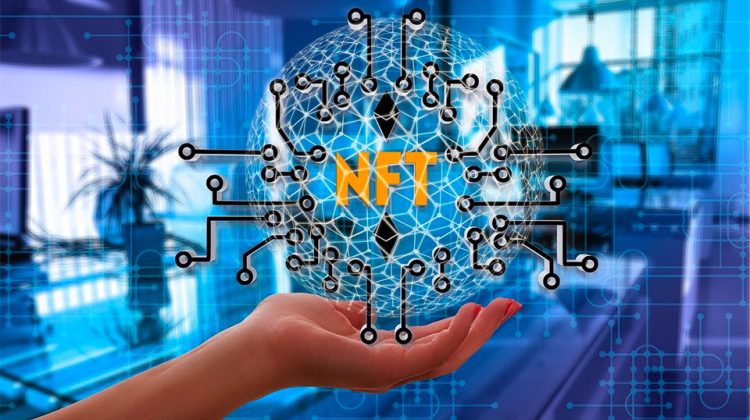 The first tweet cut scenes from “Pulp Fiction,” a song by Elon Musk, and, of course, memes – they all exist in the NFT format and are worth a lot of money. Please read the article about what it is, whether you can create your token, and how to make money from it.

An NFT, or a non-fungible token, is a unit of accounting used to create a digital cast for any unique object. These can include paintings, photos, videos, music, gifs – in short, any content that claims to be at least somewhat unique. They are of great value among collectors, gamers, and art lovers and are bought and sold through auctions.

These tokens are stored in what is known as a blockchain – a huge chain of blocks, each containing information. Unlike, for example, servers, where data is stored in one place, these blocks can be on many devices worldwide.

This kind of encryption makes the blockchain very difficult to break because, at best, you can die just one block of information, not the whole chain. This is why most cryptocurrencies run on the blockchain.

A token is just a record in one of the blocks, and as a rule, there can be many of the same types of records. For example, each bitcoin is an exact copy of another bitcoin of the same kind, making it possible to match them with a currency.

What if You Need to Create a Unique Token With No Counterparts?

The answer is NFT.

An NFT token is a way to translate unique items from the real world into the blockchain. Each of these tokens is unique, indivisible, and exists in a single number, for example, metarun game. In addition, the blockchain securely stores all relevant information about it.

The uniqueness can vary. Thus, the first SMS was sold for $150,000, and the first tweet of Jack Dorsey, the founder of Twitter, was sold for almost $3 million.

Blockchain and cryptocurrencies have existed for many years, but NFT appeared only a few years ago. They owe much of their popularity to the game CryptoKitties, where you have to grow and breed virtual cryptocats. The cost of one such kitten can sometimes exceed hundreds of thousands of dollars.

The connection of NFT with cryptocurrencies also played an important role. During pandemic times, many new non-professional players wishing to earn money appeared on stock markets.

But the biggest influence on the popularity of these tokens has been the high-profile names that are actively fueling interest in the topic. Every day, you can read news about how another celebrity sold something in NFT for huge money. It’s one thing to talk about NFT in narrow crypto circles and quite another when information giants like Elon Musk, Jack Dorsey, Mark Zuckerberg, and others come into play.

Where Do They Apply

Although by design, the NFT was created as an opportunity for digital content creators to make money from collectors, gamers, and just art connoisseurs, now the main direction is the monetization of popularity.

For example, Elon Musk, the founder of Tesla, auctioned off his tweet with a track about NFT for $1 million. It was never sold, but it attracted a lot of attention from online media.

In Russia, you can find quite a few examples, too. For example, comedian Idrak Mirzalizade, who was deported from the country for a bad joke, put his revoked residence permit up for auction, noting that he would return and its price would increase.

Pokras Lampas was one of the first artists who started selling his paintings in the form of tokens – his painting Transition, which he designed at the Chirkei hydroelectric power plant, went for 2 million rubles.

For a long time, the record for the value of $70 million held the work of digital artist Mike Winkelman in a collage of all of his paintings over the past 5,000 days.

Inspired by the value of the picture, Dave immediately decided to put his set of selfies on one of the online platforms. Our hero judiciously estimated the value of his creations, so he put quite symbolic money for each photo.