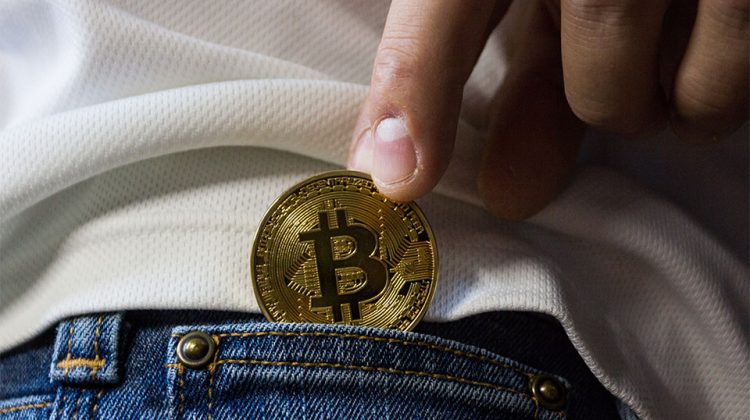 Amidst widespread economic uncertainty and chaotic investment environments, many people are turning to crypto as a store of value. Crypto has gone from being a get-rich-quick scheme to a concrete way to hedge against out-of-control inflation and tumbling traditional markets, and this is leading to several people testing out the crypto waters for the very first time. However, it is important to get all of the facts before investing in crypto, and understanding how it works is a big part of that.

One of the most fundamental aspects of cryptocurrencies is proof of stake, since it addresses two of the biggest problems that people face when it comes to crypto investments. The first problem is the lack of regulation, and the second is the environmental burden that previous proof mechanisms caused. However, before we learn about proof of stake and how it can impact your investment decisions on Trade Wise, we must first get into its predecessor: proof of work.

Buterin is contributing to the popularization of proof of stake, but he did not invent it. This consensus mechanism was invented back in 2012 with the launch of Peercoin, and it is especially popular among altcoins such as Solana. There is now a new chain on Ethereum called Beacon where quite a few proof of stakes have been conducted over the past two years.

While both consensus mechanisms provide the same function, proof of stake is better because it is far more decentralized and only requires a small fraction of the energy that proof of work did. It leverages the vast quantities of Ether reserves that investors possess and allows them to stake currency that they do not plan on trading in the near future. Pledging coins through the staking process enables investors to help verify transactions, and they receive rewards in exchange.

This allows investors to get a return on their investment that goes beyond the regular depreciation and appreciation of the asset itself, that too without using excessive energy as would be the case in proof of work-based mining processes.

That said, if you want to really make the most of your crypto investments by offering proof of stake, you need to be willing to invest a sizable sum. The larger your investment, the more likely it would be that your node would get selected for transaction verification. It’s also about proportions since investments that represent a larger proportion of the total stake will obviously get a similarly high rate of return.

This might lead some to assume that staking is a rich man’s game, but they couldn’t be further from the truth! Middle-class investors can get in on this as well by investing in staking pools which function similarly to ETFs in the stock market. The risks are divided among each member of the pool, and the rewards are greater because the pooled resources can represent a huge chunk of the total coins staked.

There are some cons to proof of stake, most of which surround its largely untested present nature. However, the pros most definitely outweigh the cons. The biggest positive aspect of proof of stake is that it does not require any heavy-duty equipment. Proof of work operates through puzzle solving, since basically the first person to spot a specific hash gets the reward that said proofing provides. Using high-quality machinery to automate this process is an obvious course of action, and this also means that the person with the most advanced setup will end up receiving the most rewards.

The world of proof of stake is a lot more democratic. It provides staking opportunities to common investors with some solid annual percentage yields, and it also provides a new innovation that might take crypto to the next level. It also removes the competitive element, since instead of miners competing for the rewards by trying to solve the puzzle fastest, validators will be chosen at random.

That might result in a larger proportion of investors getting rewards and can turn crypto assets into a long-term source of passive income. Healthy annual percentage yields coupled with expected massive asset value appreciation after the bear cycle runs its course make proof of stake an excellent option for investors trying to diversify their portfolios.

The fact remains that crypto has provided far better returns than virtually every other asset class over the past decade, and with the upcoming launch of Ethereum 2.0 which will use proof of stake as its standard consensus mechanism we might be entering a brave new world. This development might also put pressure on Bitcoin to start working on a proof of stake model, although the currency’s previous successes with proof of work will make that a bitter pill to swallow.

If Bitcoin doesn’t manage to improve its consensus mechanisms and make them on part with Ether’s, environmentally conscious investors might start to dump Bitcoin in favor of Ether. That is pure speculation of course, but it’s hard to argue against the potential that proof of stake has, and the following year will be a litmus test that will prove the legitimacy of this new consensus mechanism. A lot is riding on its success, and even the potential for failure is not dampening the excitement among crypto enthusiasts many of whom are aggressively bullish on Ether despite falling prices precisely because they expect proof of stake to be a hit.