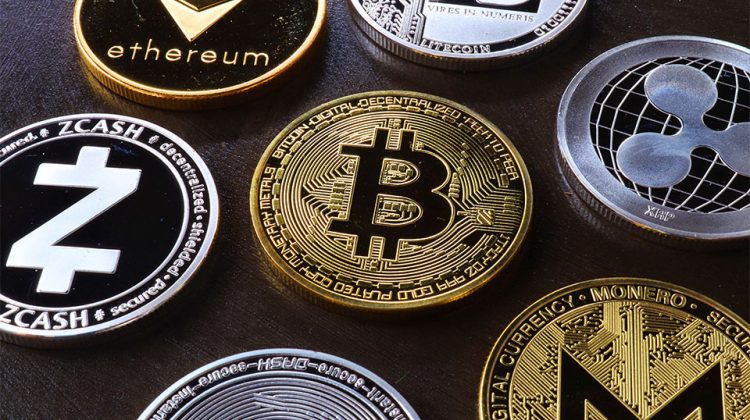 The popularity of cryptocurrency investment in Europe is on the rise, with more and more people looking to invest in digital currencies. While the concept of investing in cryptocurrencies is still relatively new, the potential for profit is significant. Nowadays many cryptocurrencies such as TeslaCoin are considered as the best option for investment.

Cryptocurrencies are becoming increasingly popular due to their decentralized nature, global reach, and anonymity. Bitcoin, the most well-known cryptocurrency, has seen its value increase by over 1000% in 2017 alone.

This surge in popularity has led to a boom in cryptocurrency trading platforms and exchanges across Europe. In order to buy and sell cryptocurrencies, investors need to use these exchanges.

There are a number of factors driving the popularity of cryptocurrency investment in Europe. Firstly, the continent has a long history of innovation in the financial sector. This has created a strong infrastructure and ecosystem for new technologies to emerge.

Secondly, Europe has a large number of ‘early adopters of new technologies. This means that there is a large pool of potential investors who are willing to take risks on new and innovative investments.

Lastly, the European Union is currently undergoing a number of political and economic challenges. This has led to increased uncertainty in traditional markets, such as the stock market. This has made alternative investments, such as cryptocurrencies, more attractive to investors.

The popularity of cryptocurrency investment in Europe is set to continue to grow in the coming years. With more exchanges and platforms opening up, and the continued development of the underlying technology, it is likely that the continent will become a major hub for cryptocurrency trading.

Role of Cryptocurrency in the United Kingdom

The United Kingdom has been a prominent country in the development of cryptocurrency. The first Bitcoin exchange in the UK was launched in 2010, and the country has been home to some of the world’s leading crypto companies and projects.

However, the UK’s regulatory stance on cryptocurrency is currently unclear. In December 2017, the Financial Conduct Authority (FCA) issued a warning to consumers about the risks associated with crypto investing. And in January 2018, the Bank of England Governor Mark Carney said that crypto “has no intrinsic value.”

Despite these cautionary statements from authorities, the UK remains an important hub for cryptocurrency activity. Here’s a look at some of the key ways that crypto is being used in the UK today.

The UK is home to a number of popular cryptocurrency exchanges, including Coinbase, Kraken, and Binance. These exchanges allow investors to buy and sell cryptocurrencies using traditional fiat currencies like GBP or USD.

Investors in the UK can also use so-called “peer-to-peer” (P2P) platforms to trade cryptocurrencies without going through a centralized exchange. Popular P2P platforms include LocalBitcoins and Paxful.

A growing number of online businesses in the UK are beginning to accept cryptocurrency as a form of payment. This includes major retailers like Overstock and Newegg, as well as small businesses that sell digital goods and services.

Some businesses are using cryptocurrency as a way to avoid the high fees charged by traditional payment processors like PayPal. Others see crypto payments as a way to appeal to tech-savvy consumers who are early adopters of new technologies.

Cryptocurrency can also be used to make donations to charities and other nonprofit organizations. For example, the popular online charity platform Give Directly allows donors to send Bitcoin donations directly to recipients in developing countries.

The British Red Cross has also begun accepting cryptocurrency donations, and it is working with the crypto startup BitPay to process these payments. This is an important development, as it shows that cryptocurrencies can be used for more than just speculative investing.

Cryptocurrency ATMs are becoming increasingly common in the UK, and there are now over 100 locations where you can buy Bitcoin with cash. These ATMs typically charge high fees, but they offer a convenient way to get Bitcoin without having to go through an exchange.

The HMRC, the UK’s tax authority, has announced that it will treat cryptocurrency as property for tax purposes. This means that capital gains tax will be payable on any profits made from buying and selling crypto.

The HMRC has also said that cryptocurrency can be used to pay taxes, but it’s currently unclear how this will work in practice. It’s possible that the HMRC will develop a system for accepting crypto payments in the future.

The UK is home to a growing community of cryptocurrency users and businesses, and it’s clear that crypto is here to stay. While there are some regulatory uncertainties, the UK is an important hub for crypto activity, and its role is likely to continue to grow in the years ahead.