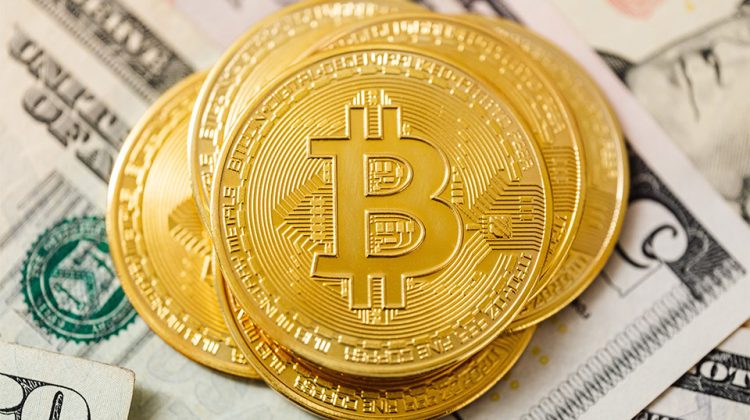 Cryptocurrencies have had a rocky year, but there are still some that believe in their potential. Some people are comparing the potential of cryptos to that of big tech stocks like Facebook and Amazon. So, which has bigger potential?

Cryptocurrencies have the potential to revolutionize how we do business. They could provide a way for people to conduct transactions without having to go through a third party. This could potentially lead to lower transaction fees and faster processing times. Cryptocurrencies could also be used to create a more secure online environment.

Big tech stocks like Facebook and Amazon have already had a huge impact on how we do business. These companies have been able to grow rapidly due to their innovative products and services. They have been able to create new methods of selling and buying. They have also been able to reach a worldwide audience through their online platforms.

Cryptocurrencies can be exchanged with each other by using different cryptocurrency exchanges so it is actually easier to trade them with fiat or traditional currencies than stocks. Because of this, it is very possible that the prices of cryptocurrencies will continue rising over time as more people learn about how they work and how to purchase cryptocurrencies safely. More and more new investors decide to purchase these assets for their portfolios.

Big tech stocks like Facebook, Tesla, and Amazon have been proven to be great financial investments over time, especially for long-term holders. The value of big tech stocks has gone up significantly since their initial public offering (IPO). In fact, Facebook is estimated to be worth almost 40% more today than when it first went public 5 years ago.

However, this does not mean that these companies cannot suffer setbacks in the future or even go out of business altogether. Many big companies tend to lose a lot of market share once a smaller competitor comes into the market with a better-performing product.

Amazon has not performed well over the past two quarters but has not lost its bullish state. According to experts, it will climb to 20 percent in the next few weeks. They expect Amazon stocks to outperform in the coming year. And it will maintain its target of $ 4,400. Which will attract buyers and generate more buying opportunities. Amazon has already offered a downside buying approach, which makes it very appealing to long-term investors and traders.

Tesla is an electric vehicle manufacturing company. The CEO of Tesla Elon Musk last weak announce to sell his 10 percent shares. He has sold about five billion stocks of the company. Tesla stocks fluctuate very fastly due to the tweets of its owner and news announcements.

In the past year, Tesla’s revenue has grown by over 57% and they expect a growth rate of around 80% in the coming years. And the company hopes to sell around 9.5 million vehicles by 2030. So we can say that the price of Tesla shares could rise further and generate outsized returns and profits for investors.

The crypto market is now the biggest growing sector in all of the financial markets. With large increases seen in just one month, many people are starting to look at this as an alternative investment to stocks and real estate.

However, because cryptocurrencies tend to be more volatile than traditional investments, it does not mean that traders will not lose significant amounts of money if they buy high and sell low. Staying up to date with which coins have good news coming up or how different assets perform under certain economic conditions can allow you to make better trading decisions.

There are so many factors involved when trading cryptocurrencies like Bitcoin that the best way to use them as an alternative form of payment is by shorting them (bet against their value). Trading successfully requires an astute knowledge of the market and having an understanding of the factors that influence how different cryptocurrencies perform.

Bitcoin has proven to be a safe haven asset over the years. Being a decentralized currency, no authority affects it or can change its value. It is a very good store of value for people all over the world who are switching from traditional assets to bitcoin.

Bitcoin is the future currency, so investing in bitcoin is very beneficial and rewarding. The volatility and liquidity of this digital gold make it perfect for short-term traders and day traders, while its store of value makes it perfect for long-term traders. It has enormous investment potential that other assets do not have, as it is not controlled by any person or organization.

Etherum is the second largest currency in the digital world. Its blockchain system is the key to driving the cryptosystem. It has hosted many other coins and tokens, apps, and contracts. It also led to the creation of DeFi and NFT. It has enormous investment potential. It trades around $ 3,400 with a market cap of around $ 400 billion. Etherum has a 17% share of the crypto market and around 4% of the total financial market. So we can say that it is another pillar of the crypto economy along with Bitcoin.

According to some experts, it will overtake bitcoin and be the number one currency in the digital world. So, considering Etherum while investing in cryptocurrencies is not a bad idea.

When both assets go up over time, then it means that these are both good for investment. However, Crypto trading is still very much in its infancy compared to traditional stock trading where most traders make short-term trades or buy and hold stocks for years. Most crypto investors look at them as investments with an aim to sell later on at a higher price than when they bought them.

Cryptocurrencies have the potential to be a more efficient medium of exchange than fiat money. There are cryptocurrencies that are aimed directly at solving problems with online payments. These are supposed to function more like traditional currency by making payments faster, easier, irreversible, and less expensive by relying on miners for processing transactions instead of large mining pools or companies.