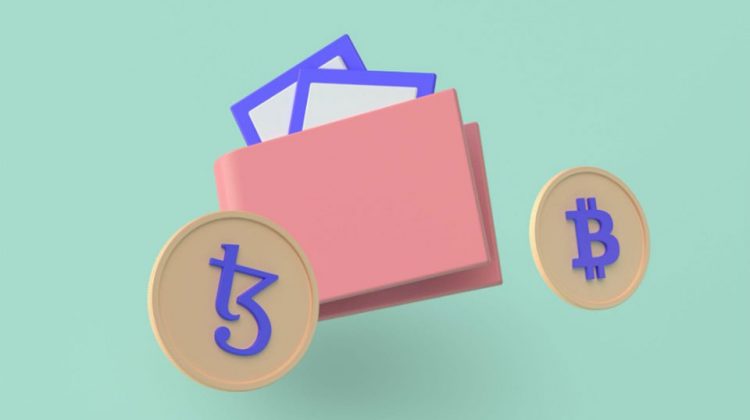 In a way, you have to know how Bitcoin transactions function before you can invest in crypto. Most cryptocurrency traders and investors don’t know what goes on when a buyer receives their digital money. It’s always a good idea to familiarise yourself with the ins and outs of a Bitcoin transaction. Despite the fact that this is likely to be included in any cryptocurrency tutorial, it’s best to keep this in mind when you purchase Bitcoin.

Find out how Bitcoin transactions operate, how long they take, and what verification methods guarantee they’re safe and secure by reading on.

An Overview of Bitcoin

In order to understand how Bitcoin works, it’s necessary to review its underlying cryptocurrency, Bitcoin itself. Digital money such as Bitcoin is what it sounds like: bitcoins are nothing more than a collection of computer code. Cryptocurrency does not exist in any tangible form, yet it may be used as a means of exchange for goods and services. That is, if the other person is prepared to accept it, you may use it to purchase or sell items.

As a decentralized currency, Bitcoin is not subject to central oversight, as would be the case with a bank. Like a stock, its value is determined by the market. The first time that Bitcoin was made accessible to the general public was in 2009, when it was released as the first cryptocurrency. It’s also worth mentioning that the technology that underpins Bitcoin is known as “blockchain“. Here’s a crash course on what a blockchain is and how it operates.

A chain of data blocks is the most basic kind of blockchain technology. No one entity is in charge of the blockchain, which makes it decentralized. As a result, a global blockchain network is formed with hundreds, or even thousands, of participants from all over the world.

Because of the blockchain, Bitcoin transactions are now possible. The chain acts as a distributed ledger to keep track of these transactions, storing the data in blocks. It’s like having multiple copies of the same Excel spreadsheet on computers around the globe that reference each other in real-time to ensure that the data is accurate and matches. Transactions on the blockchain are quicker and more secure but not completely safe.

Since blockchain technology powers up the distributed ledger of Bitcoin transactions, the two are often cited together. In actuality, blockchains can have many different uses; running a cryptocurrency network is just one way to utilize them.

The popularity of Bitcoin and its blockchain network attracted a great many people to the crypto industry. The security and trust it provided is a reliable aspect that investors liked.

When it comes to making a Bitcoin transaction, most people prefer to do it on a cryptocurrency trading platform as long as you’re not into Bitcoin mining, which is a whole different game entirely.

It is possible to explain how cryptocurrency exchanges function: operations there are basically the same as any other financial transaction.

Cryptocurrency exchanges and brokers vary widely in terms of their policies and offers. A trader may buy Bitcoin or another cryptocurrency by signing up on the exchange/brokerage, creating an account, funding the account, and then executing a transaction.

Let’s take a look at what a normal Bitcoin transaction may look like on an exchange.

Message the network with all of the relevant information, including how many BTC you wish to transfer. “Input” is the name given to the record of a Bitcoin transaction’s address and history. When you transfer a bitcoin, the network confirms that you wish to send one bitcoin and then checks the recipient’s public key, or Bitcoin address, to ensure that the transaction is successful.

Once the transaction is confirmed by the network, the recipient will be able to receive the bitcoins you paid them. The transaction is completed after a confirmation procedure, which is known as “mining,” since the data in the blocks needs to be validated by other users.

The blockchain contains a record of every bitcoin’s transactions. Each transaction’s history can be traced all the way back to when the currency was first created. Those are the only ways we can be certain that every single bitcoin exists and belongs to whoever mined or claimed it.

Bitcoin transactions might take some time to be verified or confirmed by the network. Therefore, a transaction will not be validated until a new block is added to the blockchain since miners must get to work.

For producing new blocks on the blockchain, miners are paid with fresh bitcoins. Data in the blocks must be confirmed and verified through this procedure. Because of this, the network has a financial incentive to continually check and validate its data, including transaction details. The transaction will remain unconfirmed until the network produces a new block and confirms the transaction data.

There are several variables that affect the length of time a transaction might take, such as the value or quantity of bitcoins being exchanged. The nature of the Bitcoin network itself accounts for most of the delay; on average, a new block is generated every 10 minutes.

To get your purchase verified, you may have to wait in line. You may be given the option of paying a greater charge in order to get priority treatment in specific instances.

Backups are possible due to the fact that the Bitcoin network has “block demand,” with users wanting to validate their transactions and, as a result, have the data recorded into fresh blocks. There is a direct correlation between increased demand and increased transaction costs. According to this, the more transactions on the blockchain, the greater the “miner’s fee,” which is paid by traders in order to execute and confirm their transactions.

For example, fees increased when the crypto bull rush reached its apex in late April 2021. The typical charge was around $60. However, during quiet periods on the network, the charges are often less than $5. To a large extent, it’s a question of supply and demand. The greater the transaction costs, the more the network is in demand at any particular moment.

At its core, a Bitcoin transaction is just a matter of sending one or more bitcoins from yours to someone else’s account. Variables like transaction speed and transaction costs are subject to demand fluctuations.

You may be ready to begin conducting Bitcoin transactions after you’ve studied up on all of the relevant information on cryptocurrency taxes, market volatility and applicable cryptocurrency rules.