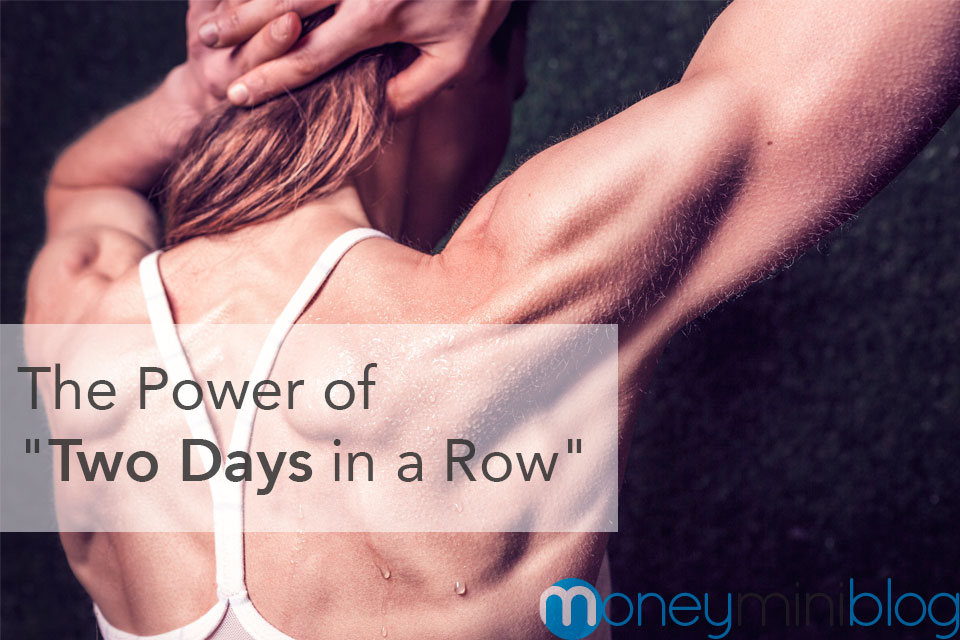 I’m going to share a simple philosophy with you today.

But the impact it will have on your life is HUGE, if you apply it.

Take two minutes to read about it and start applying it right now.

When Our Subconscious Mind Screws Us

If you’ve been reading MoneyMiniBlog for long at all, you know I write about habits often.

Creating good habits and breaking bad habits is the makeup of life. You’re creating habits all the time, whether you realize it or not.

Nail biting, dragging your feet, and tapping your fingers are all examples of common habits people accidentally create by repeating the same thing over and over again. You had no idea you were doing it while you were doing it, but now you most likely realize that you have one (or more) these types of habits. And you probably want to get rid of them.

On a separate note, you’ve probably held a good habit for a long period of time before, such as working out or consciously drinking a certain amount of water throughout the day, only to fall out of the habit and quit it completely — hopefully you haven’t completely quit drinking water.

The point is, we do these things without even realizing it, but there’s a way to stop.

A Simple Rule That Combats the Subconscious

If you’ve never heard this idea before, the title of this article probably confused you. Because it doesn’t really make sense if you don’t know about this rule. And that’s how I planned it.

I wanted to make sure you understood how important it is to stick with this, before I revealed the entire idea.

So “the power of two days,” what does that mean?

It’s perfectly fine to miss one day when you’re creating a new habit, but if you miss two in a row, you know you’re heading down the wrong path. Life happens, just be sure it doesn’t happen two days in a row, but be logical of course.

If something serious happens, like a family emergency or an illness, get back on track as soon as possible, and commit to not missing two days in a row from here on.

“Two days” starts a cycle. For creating and breaking habits.

Two days will start your success with breaking a bad habit or wreck your success of maintaining a good habit.

Start by just thinking about the first two days. And start small.