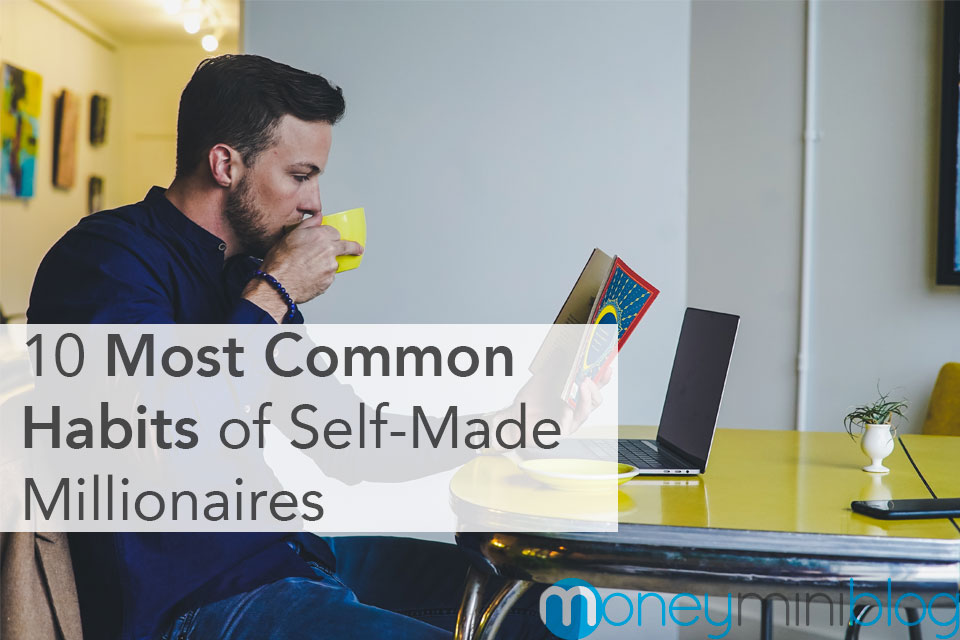 The money had to come from somewhere.

I’ve heard so much arguing about the rich inheriting all of their money, and those arguments are senseless. Because it doesn’t matter if it’s true or not. All that matters is for us to learn as much as we can for ourself. Unless you just really like useless worrying about things you don’t control and can’t change. In that case, go right ahead and worry.

These are 10 common habits of self-made millionaires, and honestly these are just the habits of anyone who is doing well financially, even if they aren’t a millionaire yet. I think we’d all do well to follow these tips.

I’ll go through what I think about each one, and then you can see the infographic where these ideas originated, afterwards.

2. Surround Yourself With Like-Minded Individuals

This is one of the major keys to success. Your success and income will likely be the average of your three closest friends. This may mean cutting some ties, and making some new friends, or at least spending less time with the friends who don’t build you up. There’s always the other side of this. I think we should be helping other people as much as possible, so it’s a balance between building others up and being built up. I wouldn’t suggest taking this point to the most selfish extreme.

Focus on your net worth, and increasing it. That’s the key point here. Get a budget together, and stick with it, no matter how many times you blow it. Shift your focus to thinking of how you can earn more, and increase your net worth.

I think this is just the principle of not wasting time on useless activities. This also includes social media, and scrolling the news constantly. We all need to decompress, but the average American watches around 25 hours* of TV a day, and most of us could cut back a little. I wrote all about this here.

This is for diversity’s sake. It’s also often easier to add streams of income rather than increasing one stream. Always be thinking of more ways you can add to your income, especially passive income.

When my wife and I first started giving, everything changed for us. I am a Christian and I believe it when the Bible says we reap what we sow, but I also think this is a universal principle. Regardless of your beliefs, if you give, you will receive. I shouldn’t have to add a disclaimer about why that isn’t why you give, but you know…

7. Have an Exit Strategy

I don’t think it’s a requirement, but it is nice to have an exit strategy. It’s always great to have the possibility of selling a business and earning a large sum of money.

Real estate is always going to be a solid investment. The market will go up and down, but real estate will always be worth something. It’s another great diversity tool.

I’m an advocate of reading. I set a goal to read 50 books every year, and typically hit it. I think it’s one of the most important ways to spend your time. I wrote about how to read more, and how to read differently to retain more.

Gary Vaynerchuk definitely lives by this principle if you’ve ever heard him talk. If you want to be wealthy, you’ve got to stay on top of your game. I think that’s pretty straight forward. It’s always going to take a lot of work and dedication.

Now check out the points on the infographic… 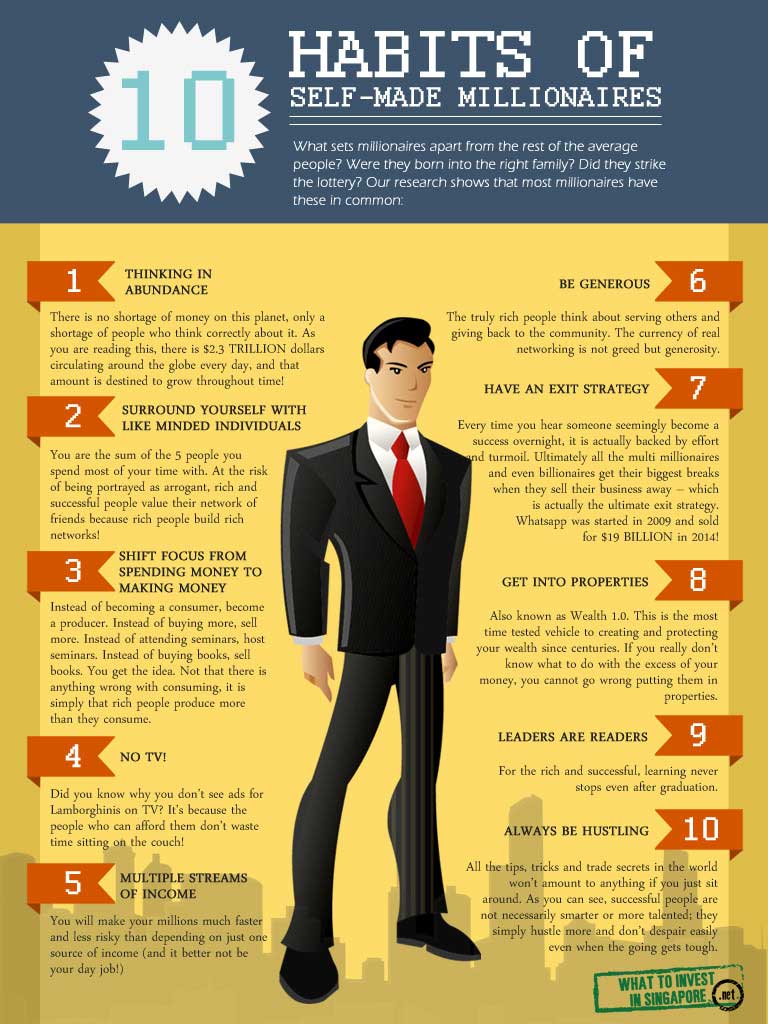 * Statistic may be slightly exagerated