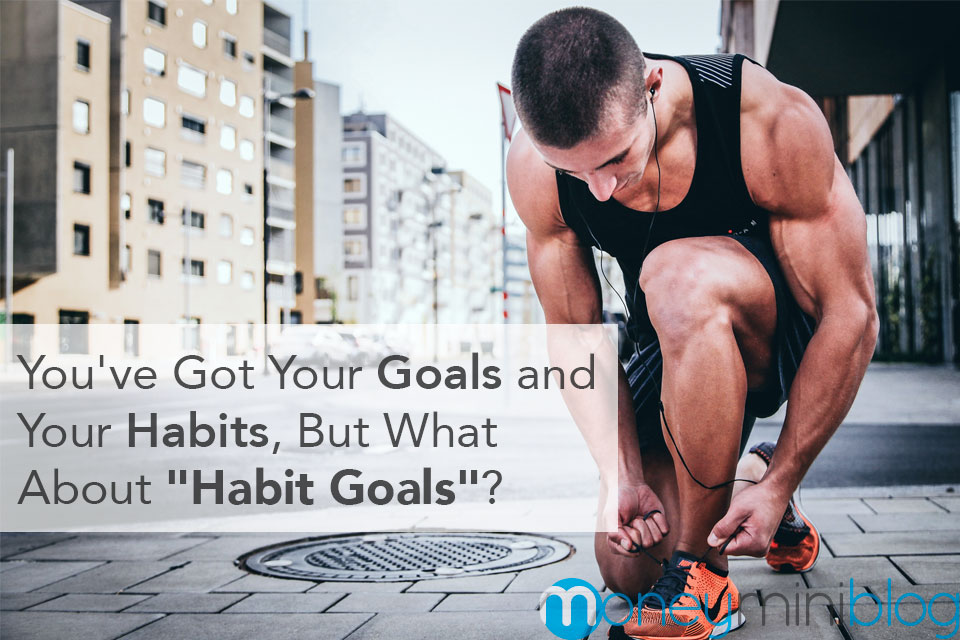 Should you focus on habits or goals? What do you think?

Both, right? Aren’t they both important?

Or maybe this is where the go-to internet answer should be used: “it depends.”

Well it really does depend. Both can be helpful, but both aren’t alway necessary.

As I pointed out in Goals Vs. Habits, if you had to choose one, choose habits. But here’s something even better…

How We Think About Goals

We’ve been taught to set SMART goals. You know: Specific, Measurable, Attainable, Realistic and Time-Bound (or something similar).

And SMART goals are great. In fact, if you’re going to set a goal, it should be SMART, because you’ll know exactly when you achieve it.

The problem with vague goals is that you don’t always know exactly when you hit the mark.

That means you don’t know what you’re aiming for. And it won’t take you far.

When you think about a goal, make it specific, set a date, and go after it. Of course, that’s easier said than done.

Sometimes it’s hard to figure out what a goal actually looks like. There is a way to make clear, concrete goals.

Writing Your Goals Down: Have you ever heard that only 3% of people write down their goals? Is that true and is it really that powerful? Well, the 3% may be true or it may be made up, but there is power in writing down your goals. I’m not going to cover that here, since I’ve already covered it, but you can learn more about the power and the myths of written goals here.

Your Goals Could Be Better

“Motivation is what gets you started. Habit is what keeps you going.” – Jim Rohn

We’re going to talk about “habit goals” in a moment, but first, a word on your current goals.

In fact, you’re super smart and this is a simple concept, so I’m just going to briefly explain it and then give you some examples.

Popular now
What Causes the Price of a Stock to Rise or Fall?

I wouldn’t say that your goals are overrated, but if they don’t include a habit, they’re not as effective as they can be.

Don’t set small goals that affect you for a short time, set big goals that will change your life.

To quote Jim Rohn twice in one section:

Your goals should turn into habits that change who you are – preferably for the better, or you’re doing it wrong.

So what’s a habit goal? It’s exactly what it sounds like:

A habit goal is simply a goal to create a habit. That’s it. It’s not about accomplishing something one time; it’s ongoing.

Habit goals can be tracked by counting the number and watching the consistently. It’s pretty simple.

“I will run on the trail beside my house for 10 minutes 3x a week, adding 2 minutes each week.”

It’s specific. It tells you exactly where to go and what to do. And it’s the foundation of a habit.

In a few weeks, you’ll be running almost twice as much, because you’re creating a habit.

To do those things, you need to form the right habits. The best way to hold yourself accountable is to turn “forming the habit” into a goal.

Here are some more examples:

Then you would have weekly and monthly reviews to measure your progress.

Of course, you need to know what you’re actually striving for, so it’s a good idea to keep the “standard” goal, such as “I will life X amount of weight by the end of the year.”

The key is in dividing the goal into a daily or weekly habit.

Think about it. If you want to lose weight, set a small weekly goal. It’s fairly easy and very doable to lose one pound a week. Figure out what you need to do to get there, and how many weeks it will take you.

That will give you an end point. Here’s a final example of what I mean:

“If I eat healthy options, avoid liquid calories, and eat mindfully, I will lose one pound a week. That means I will lose 20 pounds in 20 weeks; therefore, 20 weeks from now, I will weigh 180lbs (assuming you weigh 200lbs now).”

It’s that easy. Set a big goal that breaks down into a small habit.

Let me know your thoughts in the comments!