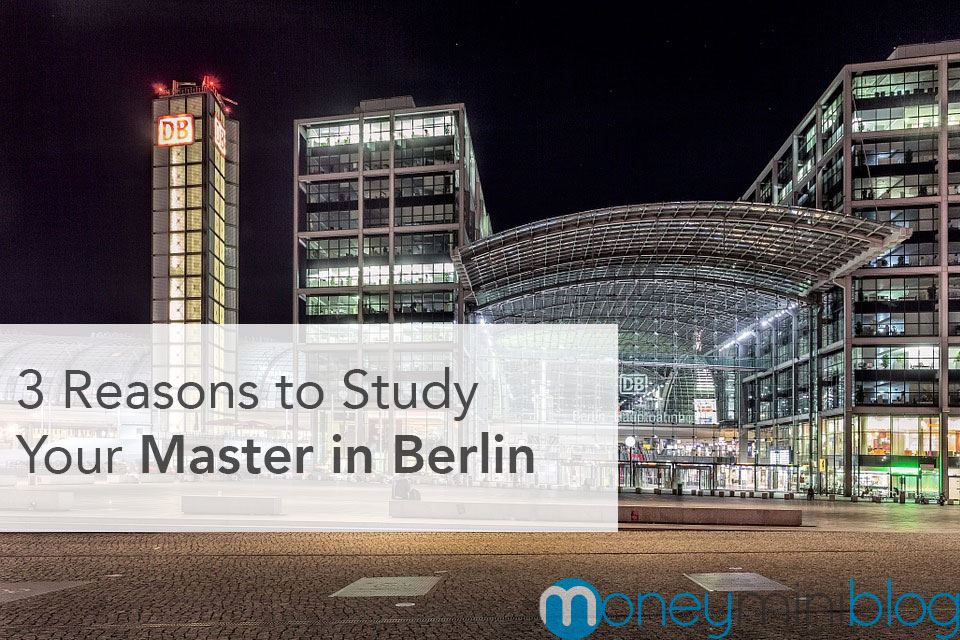 As a study abroad destination, Berlin has been steadily growing in popularity, and last year, the QS Best Student Cities Ranking ranked the capital 7th.

Over the years, the city has grown into a cool urban hub and has become an important center for music, fashion, art, and design. So much so that it rivals some big cities such as London and New York.

The cool vibe, in addition to good universities that offer top postgraduate programs, is a huge draw for students. To break it down further, here are the top three reasons why Berlin might just be the perfect place to study for your master’s.

1. Berlin is home to some of the top Universities in Germany

A top consideration for anyone looking to do their master’s degree is how well-regarded the university is. That is because a university’s ranking can affect both employability and research opportunities.

Influential figures such as Walter Benjamin, Max Planck, and Albert Einstein either worked or attended the Humboldt University. Moreover, 55 Nobel prize winners, the majority of whom are in the fields of chemistry, physics, and medicine are associated with the university.

2. Student accommodation in Berlin is pocket-friendly

Compared to other big European capitals, the cost of living in Berlin is student-friendly. Regarding accommodation, the best housing option for students in the city is WGs (Wohngemeinschaften), also known as shared flats. You can find plenty of affordable rentals at places like Rentola.

They allow students to share a flat and as a result, bring the share of rent per student down. Note that Berlin is endowed with multiple student districts and some notable ones include North and West of Mitte, Kreuzberg, and Neukölln. With such well-known student districts, it is easy to find housing for rent in Berlin.

Second, if you are an international student who knows no one in the city, then shared flats provide an opportunity to make instant friends and acquaintances. Additionally, it is a perfect starting place to learn more about the city because your flatmates will help guide you.

Finally, WGs require minimal paperwork because the contacts are only short term. That means it is possible to rent a room almost instantly without much hassle.

Part of the reason Berlin and by extension, Germany is growing as an international study destination is because there is an increase in the provision of English courses. As such, an international student does not have to master German first before seeking admission into one of the universities.

Academic disciplines such as Computer Science, Engineering, Business, Applied Sciences, and International Relations are taught in English both in state universities and private universities.

Berlin is known for attracting free thinkers, artists, visionaries, entrepreneurs, and scholars. Therefore, be assured that you find will a group that you will click with. Moreover, exploring the city and sinking into its rich culture will be one of your most treasured experiences.