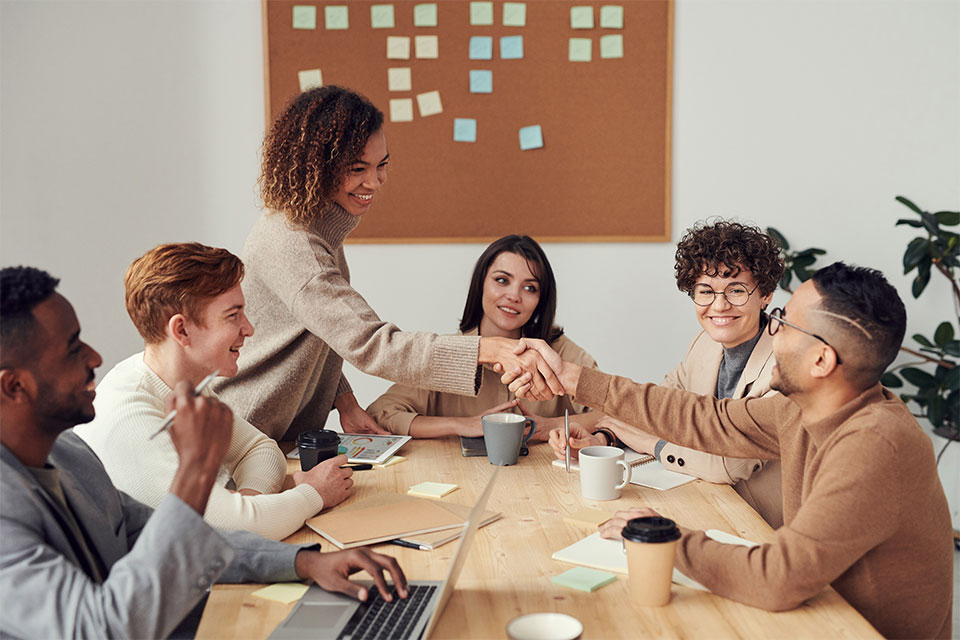 Do you remember as a child when it was time to pick teams?

The moment started out the same: two kids would stand at opposite ends and you would hear names called out one by one. Everyone knew who would be the most important on each team, the people that were deemed most essential to victory.

Those that were last were the leftovers; sure, the teams would accept them, but expectations were low, as were the odds that their help would be a gamechanger.

They’ve divided us up into teams; red and blue, left and right. They’ve got their key players; pro-life on one side, pro-choice on the other, gun rights here, gun control there. But for millions of Americans – 40% according to a Gallup poll – neither team is a good fit.

Our alternate choices are few – a smattering of third parties and independent candidates ask for our support, or we have the option of not voting. We can refuse to pick a team.

But what purpose does that serve?

As Americans, we want to see our country win and our children thrive, yet millions of us refuse to play the game the duopoly has set up for us, recognizing it is stacked against us.

A Way to Change Things

What if there was a change to the political system that could bring more people onto the field?

Imagine if, after most of the children are chosen for the opposing teams, the remaining few make a pact. Rather than agreeing to be separated, they vow, “all of us or none of us.” They will join whichever team wants them, but only as a group.

Imagine how this would transform the dynamic; their strength in numbers surpassing their individual weaknesses. Their support would give either side a major advantage; they become desired, instead of leftovers.

Of course, making such a demand in a children’s game would be a violation of the rules – unequal teams would be a flawed design. But in politics, unequal teams are the goal, they are a perk. A group of voters, united by common cause and declaring “all of us or none of us,” would be a desired segment of support for those candidates and parties who depend on numerical superiority to win.

When the Republicans and Democrats force us to choose teams for their game, the strongest, aka the loyal voters, are chosen first, as well they should be; a functioning team does need strength to compete against similar teams. As long as the remaining people are divided, neither party gets a big advantage.

However, what if a different kind of strength or importance was attributed to those chosen farther down the line, aka the leftovers. Those of us in this group aren’t always the obvious people of influence, but we can matter when we agree on a common purpose at the voting booth and swing the vote to the candidate who represents our values.

American Union centralizes this mindset. We may not have the appearance of strong individual competitors, but we understand that our strength comes from working together, and that we offer value to the team who chooses to work with us to enact our legislation.

To be an American Union member, you recognize that both Republicans and Democrats have worthy truths, but our desire is to pass effective legislation for poverty, and to do so, we need to work with individual candidates who can represent our values because, as President Truman said, “it’s amazing what you can get done when you don’t care who gets credit.”

You recognize that, to combat poverty, the community needs support from its elected officials and the American Union seeks to always look out for those lacking a voice. You recognize that our elected officials are working tirelessly to represent their constituents, but The American Union will take peaceful, convincing actions to make sure that poverty is always important to them.

You will hear the American Union talk about Martin Luther King Jr.’s three evils a lot: poverty, racism (criminal justice), and war. That is because this man knew and breathed adversity, but instead of letting the weight of injustice crush him, he bench-pressed it and showed millions of others how to do the same. In the 60’s the man spoke words of wisdom that still ripple to today.

“Law and order exist for the purpose of establishing justice and that when they fail in this purpose they become the dangerously structured dams that block the flow of social progress.”

The events of 2020 have exposed so many vulnerabilities in the American criminal-justice system and racism. George Floyd’s death exposed the mindset of so many in the criminal system. Gratefully, positive voices were heard on both sides, but paths need to be forged so that more people can be comfortable with true justice for George Floyd before he, and others like him, takes their last breath.

There is nothing new about poverty. What is new, however, is that we have the resources to get rid of it.

The pandemic placed a burden on the millions in poverty in America. Quite honestly, essential workers, which were many were minimum-wage workers, had to work in the midst of exposure of a virus that had no vaccine. Furthermore, this demographic was likely not to carry health insurance, even with all that the Marketplace has to offer.

Everyday, these people risked their lives so that the American economy would not flounder. Feel-good commercials and hero signs are not enough; they need voices to speak for them while they are working 60-hour shifts to improve their lives.

“I refuse to accept the view that mankind is so tragically bound to the starless midnight of racism and war that the bright daybreak of peace and brotherhood can never become a reality… I believe that unarmed truth and unconditional love will have the final word.”

Very, very few times should a country ever go on the offense in matters of war. First and foremost, to attack a small matter with massive weapons not only gives the other side the right to retaliate in kind, but they also have justification to call on their allies for support. Furthermore, to go on the offense is to put men and women’s lives in danger who would not have to experience such unnecessary threats if the defense strategy was more on the defense.

“So these conditions, existence of widespread poverty, slums, and of tragic conniptions in schools and other areas of life, all of these things have brought about a great deal of despair, and a great deal of desperation. A great deal of disappointment and even bitterness in the Negro communities. And today all of our cities confront huge problems. All of our cities are potentially powder kegs as a result of the continued existence of these conditions. Many in moments of anger, many in moments of deep bitterness engage in riots.”

You Do Have a Voice

We at the American Union recognize that if we removed racism, poverty and war from the world, desperation would still exist. It exists when you are exposed to something that becomes a need and you are not given it because of the choice of another. It exists when you stop being productive in all areas and only work towards getting that one item.

You don’t have to be poor to be desperate, but poverty restricts so many people because they cannot afford to choose anything else. Crime and militarism become options because they move some people one step closer toward meeting their needs. We want our governing bodies to recognize that a universal basic income would remove desperation on many levels.

Want to be a voice to the overworked and underpaid, the military heroes who belong at home and those who just need a better form of justice? You can help in one of two ways:

We don’t have to be the least important on the team, the leftovers. We can be the players who enlighten the champions to our value and make lives better for everyone.