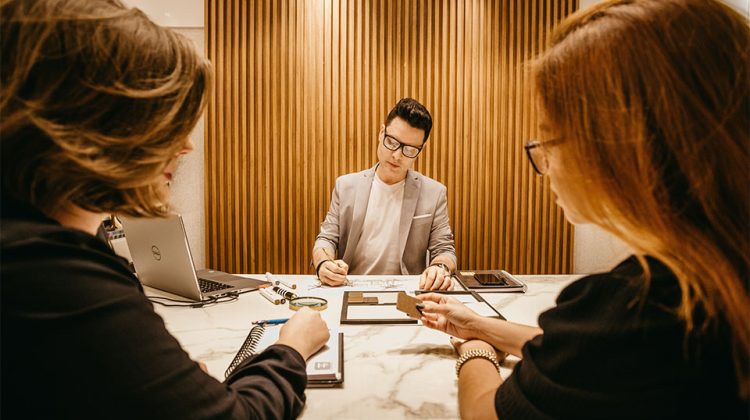 The startup scene is fast-paced, with tons of stuff to learn along the way. To really get the full picture of the financial side of things, you need degrees in business, law, and years of Silicon Valley experience. In other words, you’ll never have it all figured out!

That’s why asking questions is so important for aspiring startup leaders, especially when it comes to the finance and legal side of things.

One of the most common questions has to do with compensating founders.

When is the appropriate time to pay founders for their efforts, how much do they deserve, and what are some of the parameters you should know about to stay smart and protected?

Rather than getting lost in legal docs and textbooks, we decided to ask real entrepreneurs about their experiences getting paid for their startup ventures. Here are the key facts you should know before diving into your big project.

Why Startups Are Different

First things first: startups are structured much differently from any company you’ve ever worked for, especially in terms of payment for the founders.

Newcomers to the startup world must first understand that the majority of founders don’t get paid for quite some time, so set aside those visions of yachts and caviar for the time being.

“In the early stages of a startup, most founders are not paid, but paying them after receiving venture capital or funds from an angel investor works well because then you’re not taking from the seed funding to pay the founder,” said Bill Glaser, CEO of Outstanding Foods. “You want to make sure the startup is viable before the founder begins to receive a salary while also remembering the founder shouldn’t be forced to live off of tuna.”

The reason why things are structured this way for startups is primarily that the costs of starting a business are just so steep. Once you realize how much it costs to get a company off the ground, you’ll understand why cup ramen noodles are the dish of choice for most founders.

“You’re pinning all your hopes, dreams, and dollars on the prospect that this company is going to become profitable and take off at some point,” said Nathalie Walton, Co-Founder and CEO of Expectful. “All the money you raise is going right back into the business, and as a founder, you understand that to be more important than filling your wallet at first. It’s really a matter of delaying gratification and believing that you’ll have the chance to make a lot more down the road if you stick with it.”

The story shifts between startups, of course. Depending on where the money is coming from – and how much there is – founders may structure their cash incentives differently.

“Things have changed a bit with the influx of VC money in the past decade or so, which is why you see some founders hitting it big off the bat,” said Ari Sherman, Co-Founder of evo hemp. “That is the exception, however, and not the rule. Most of us are still bootstrapping and squeezing by so that we can fuel the business further.”

For those who want the cold hard facts about startup founder salaries, they might be disappointed by some of these initial answers. Still, there are some ways to run the numbers and get a realistic answer of what founders make when the payday arrives.

“You hear various numbers tossed around in meetings and it’s usually formulated in percentages,” said Benjamin Meskin, President of Cabrella. “For example, if a company has raised 500k, the founders may pay themselves 10% of that, or 50k per year. That rule doesn’t apply as much when companies raise many millions of dollars, but it scales to make sense. You quickly see that in most cases, founders are not so enamored with salaries and have other priorities.”

Equity is still the name of the game in the startup world, and many business leaders urge the next generation of innovators to bear this in mind.

“You look at someone like Bezos or Musk, and you realize that most of their wealth is tied up in stocks and assets of their companies,” said Dino Ha, CEO of Kaja Beauty. “This is the truth about the startup world in general – equity is everything. Rather than getting too focused on salaries and dividends and these things, young founders should restructure their vision on making the company as valuable as possible, because that’s where the real payoff happens.”

The more you speak with successful business founders, the more you see how much they value time. After all, money comes and goes, but time is always the most precious resource.

“A sense of urgency is really what drives entrepreneurs, because they know that the speed and momentum of growth is such a valuable thing,” said Lauren Kleinman, Co-Founder of The Quality Edit. “You start thinking less in terms of cash payouts and more about timelines, deadlines, delivery, and keeping up the pace of production. That’s why companies that grow quickly are generally more sought-after and get more attention, and why founders work around the clock to get things done.”

Knowing this, startups do follow a certain order of operations when issuing payments and distributing assets. In most cases, cash is usually the last thing to be dished out among founders, since liquid assets are so crucial from the start.

“Many startup founders are initially paid in shares, so that the company can begin earning a steady revenue stream,” said Pawp CEO Marc Atiyeh. “Once this begins, however, founders are usually paid a salary. The amount will vary by industry and size of the company, but founders can expect to receive payments as soon as the company is in a position to pay them without causing a financial hardship.”

Even the most battle-hardened business veterans don’t have a clear answer to questions about the specifics of founder compensation. This is where a strong network and due diligence come into play.

“When determining how much to pay yourself, it helps to look to other startup founders and see what is standard for your type of business and industry,” said LegalVision Senior Lawyer Madeleine Hunt. “If you are funding your startup through external investment instead of bootstrapping, it is unrealistic to think about paying yourself a market-rate salary until you have raised seed funding. Experienced angel investors and venture capitalists understand the importance of a founder committing themselves 100% to the business’ success, so they will expect you to allocate a portion of the investment towards your salary.”

Smart founders will look around their industries, seek out alternative opinions, and map out all possible routes before committing to a single game plan. Even then, they must be open to changing course if need be.

“There isn’t a cut-and-dry answer for when you should pay yourself as a startup founder, or when this is supposed to happen in the life cycle of your business,” said Ann McFerran, CEO of Glamnetic. “This is where mentors and guides can be such a valuable asset in your journey as an entrepreneur. They help you see the lay of the land, share their own experiences, and connect you with other people who can lead you to the right answer. Ultimately, you need to make these decisions for yourself, because nobody has ever been in that exact position before.”

Some founders are paid within months of starting a business, while others have to wait years. However, the winning formula for startup success is far more dependent on the foundations of the company – that’s universal.

“Starting a business is a messy, chaotic experience, and you really can’t be focused on stuff like salary negotiations when you’re in the thick of it,” said Jean Gregoire, Founder and CEO of Lovebox. “Far more important are things like developing strong fundamentals for your company, creating stellar products, making quality connections, and staying on track with your targets. If you take care of those things from the start and don’t get distracted, you’re going to be fine, even if it means living lean for a little while at first.”

Remembers: time spent discussing personal equity and allocations isn’t always beneficial for the business itself. Those things will work themselves out once the basics are handled.

“Most people, especially high achievers, have spent their entire lives trying to please parents, teachers, and employers,” said Serial Entrepreneur Michael Wolfe. “This makes it very hard to make an abrupt switch from thinking like an employee to thinking like an owner. You seem to have a sense of what it involves, and your co-founder may not. I recommend you slow down and spend some time together and talk about your expectations of the company. Not just salary and equity but what kind of people you want to hire, how you want to make decisions, how long you will give it if it doesn’t work out. It is OK to have disagreements on tactics, but not on culture.”

Every startup has a different journey, and founders need to brace themselves for a whirlwind experience no matter what their goals may be. Salaries and assets will simply be a positive side effect of starting a business that changes the world for the better. In the meantime, enjoy the ride.