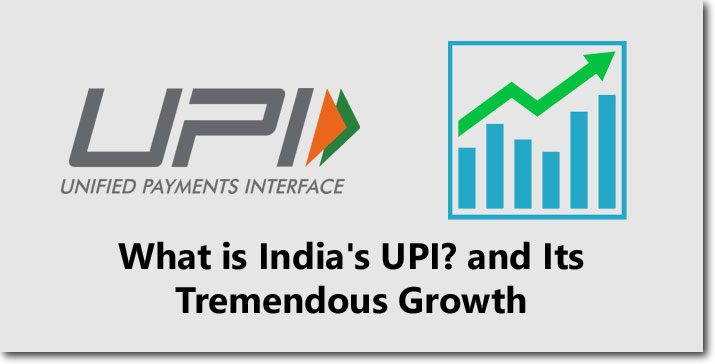 Digital payments are easy and they help us and to make the payments faster, keep records, and at the same time they are transparent. The merchant who uses the digital mode of payment to receive the money has all the records within the bank account. So it because a little easy for him while he is calculating the amount of tax he or she has to pay.

It just does not help the merchants but also the general public to keep track of all the payments that have been done. But how can someone motivate people to use the digital mode of payments? And when you are talking about a developing country like India.

What Can the Government Do?

The government can develop an easy-to-use payment system that works with all the banks in the country. This is where the NPCI (National Payment Corporation of India) played its role.

NPCI is a government organization whose responsibility is to develop and maintain robust payments systems in India.

UPI which is an acronym for Unified Payment Interface is a real-time payment system. This system is available 24×7 and can be used to make instant payments directly from one bank account to another.

As already mentioned this system is developed by NPCI. But it is governed and regulated by the Reserve Bank of India. (Central Bank of the Country)

There are no fees or charges collected from the people who make use of this system. No transaction charges and no annual charges for making and receiving the payments.

How Can this System be Used?

There are some basic requirements to use this system and they are,

Registered Mobile Number: This is the mobile number that the customer has enrolled in the bank account. Registered mobile numbers can be used when both sender and receiver are using the same UPI mobile application.

Virtual Payment Address: This is just like an email address example@sbi, example@ybl, example@okicici. These can be used when the receiver does not wish to share his or her mobile number with the sender. Virtual payment addresses (VPA) can be used if both people have the same UPI application or different.

Now let us assume that Mr. ABC wants to send some funds to Mr. XYZ.

So Mr. ABC should have the registered mobile number or virtual payment address of Mr. XYZ.

Mr. ABC has to make the choice of what is being used for the transfer. (mobile number or VPA)

Then open the UPI application that is installed on the phone, enter the details of the receiver, enter the amount, enter the UPI PIN number. And the money will be transferred to Mr. XYZ’s bank account.

How do the QR Code Payments work?

There is one more way of using the Unified Payment Interface and that is using the QR codes. Here each VPA will have its own QR Code.

Why this Method is Developed?

When the user can use the mobile number and the VPA then what was the need to develop this method?

Ok, so consider a person who wants to pay some money to the merchant from whom he has purchased some items. The person can not ask for the mobile number or VPA because the merchant might be busy.

And the process of asking for the 10 digits mobile number or the short VPA is time-consuming. So to deal with this problem the QR Code method is developed.

This code will be kept in the shop or will be stuck on the counter which just needs to be scanned by the customer. Each individual user also has a QR code of his own which can be accessed from the profile section of the app.

What about the Security of Payments?

We understood the system and how it works. But when we are talking about a financial payment system then the security of the parties involved is very important.

So let us understand how this system is secured.

This is done because nobody would share the SIM Card of the registered mobile number with anyone.

The second thing is the UPI PIN number which has to be set and periodically changed by the user himself. While setting and changing the PIN Number the user has to enter the debit card details.

Once the user authenticates himself or herself using the debit card. Then the bank will send an OTP to the registered mobile number. The OTP has to be entered correctly and then the PIN can be changed.

Unified Payment Interface is just one thing out of many which make the Indian Banking industry stand apart from its world counterparts.

There are many other systems that make banking easy in the country. I would like to tell quote the example of missed call banking service.

This service lets customers check their bank account balance and get the mini statement just by giving a missed call to the bank’s phone number. You can read more about such systems of the Indian Banking industry on Bank With Us.

The Hype of UPI

UPI has created hype in the world financial market. Google has recommended India’s UPI-like platform to US Federal Reserve for digital payment.

A letter that was written by Mark Isakowitz, Vice President, Government Affairs and Public Policy, US and Canada. Said according to Google, UPI was thoughtfully planned and critical aspects of its design led to its success. You can read the full story here.

Deepak Abbot, from Growth Bug, replies to a tweet of a user about the same. In which he says that Mexico and Brazil are already studying the system. Find the tweet here.

These statistics are taken from the official website of NPCI.

This is what UPI is, how it works, and the rate at which it has grown over time. The volume statistics for the year 2021 are missing because the year has not been completed yet. Whereas the volume of transactions fell in the year 2019 due to the COVID-19 pandemic. It is not like the world should copy what India has done. But it is all about making the lives of people easier by innovations like this.