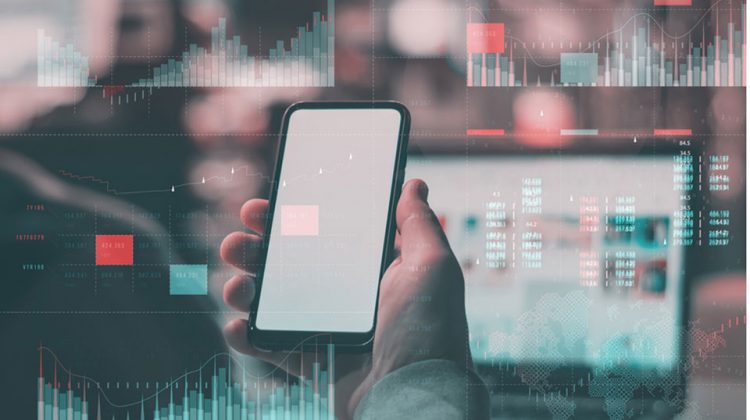 It’s an exciting time in technology and business—full of risk but full of potential rewards as well. As the world enters the 2020s, consumer habits have shifted in important ways, the remote work phenomenon is at least partly here to stay, and technological transformation is upending almost every industry. Keeping up with it all can feel like hitching a ride on a spaceship. If you’re trying to get your bearings on the world of business and tech in 2021, read on. We’ll talk about seven of the top trends that will affect your money, your job, and your world in the upcoming year and the upcoming decade.

As increasing numbers of states legalize recreational and medical marijuana, the cannabis market is riding high. The secondary real estate market for cannabis businesses is particularly hot, and more businesses are applying for cannabis licenses and getting their cannabis surety bonds every day. Regulatory requirements, such as acquiring the marijuana bonds mentioned, are still steep for cannabis businesses in many states. Marijuana also remains illegal on a federal level, complicating the industry’s future outlook. But public opinion has shifted dramatically in favor of cannabis legalization, which bodes well for the continued viability of this booming industry.

Traditionally, small investors have gotten most of their exposure to the stock market through pension funds. That’s all changing with the rise of retail trading. Now, thanks to apps like Robinhood and other low- or no-fee electronic brokerage services, retail investors can easily get into the market. This new phenomenon has brought some wild results that have made the news, like the GameStop speculative frenzy.

Studies indicate that many people liked working remotely during the pandemic and want to keep their telecommuting options. Seventy-five percent of surveyed workers said they’d prefer either a fully remote or hybrid remote/in-person model. Many businesses aren’t fully on board with this, but there’s no doubt that the winds have shifted toward an increased presence of remote work options.

In 2021, we’ll see employers continue to weigh the pros and cons of remote work. There’s a lot to like: lower office and overhead costs, increased flexibility for employees, and empirical evidence that it boosts employee morale and reduces turnover. It also means that employers need to beef up their security to avoid data breaches and cybercrime, so we’ll also see increased attention paid to securing databases and passwords.

The era of the government taking a hands-off approach with Big Tech seems to be over. With companies like Google and Amazon controlling increasingly large swathes of the digital and information economy, regulators and legislators are applying new levels of scrutiny to Silicon Valley. Pressure is coming from both sides of the aisle now, as both Democrats and Republicans attack tech monopolies from different political angles.

Early shots have already been fired. Washington, DC’s attorney general filed an antitrust lawsuit against Amazon in May, and Florida governor Ron DeSantis signed a law targeting what some see as social media companies’ censorship of political candidates. So, while the shape of further regulations is still highly uncertain, the rest of 2021 is almost guaranteed to see more events that will direct the future of government and technology.

Businesses large and small can see the writing on the wall of climate change, which means more major shifts toward sustainable “green” technologies are on the way. Renewable energy has perhaps the most momentum, with solar and wind accounting for well over half of the U.S.’s planned new energy capacity in 2021. Hybrid and electric vehicles aren’t far behind, with Ford rolling out its all-electric F-150 Lightning and GM announcing that it will phase out fossil fuel-powered vehicles by 2035.

If preserving a habitable and healthy planet isn’t enough incentive, studies also show that consumers increasingly demand green options and are willing to pay accordingly. The ever-expanding market for organic and sustainable food, which grew by an astonishing 13 percent in 2020, is proof. Thus, it’s no longer just regulatory pressure that’s pushing the economy into green tech—it’s genuine market pressure and surging demand.

Researchers have predicted that the world will hit over 35 billion (yes, with a “b”) IoT devices in 2021. From Siri and Alexa to smart thermostats to the many smart doorbells, lights, locks, dash cams, and other devices that shape how we live today, everywhere you look there are devices collecting data. The uses of that data range from market research to insurance underwriting to training the software that drives autonomous cars.

In 2021, we’re seeing IoT expand further into exciting frontiers like smart manufacturing facilities, smart cities, and smart grocery stores. And, of course, there’s the telemedicine and medical IoT sector, which got an unexpected boost from the coronavirus pandemic in 2021 and is now in an unprecedented boom period. We’ll also see these trends continue to accelerate as the continuing rollout of 5G makes data speeds faster and more reliable.

Speaking of 5G, the next-gen data technology’s rollout will continue to gain steam in 2021. Every major phone manufacturer now offers a flagship 5G-enabled phone, and big carriers continue to build out their 5G capacity according to different strategies. That bodes well for the smartphone market, which could have its biggest year in half a decade, but the implications go far beyond phones.