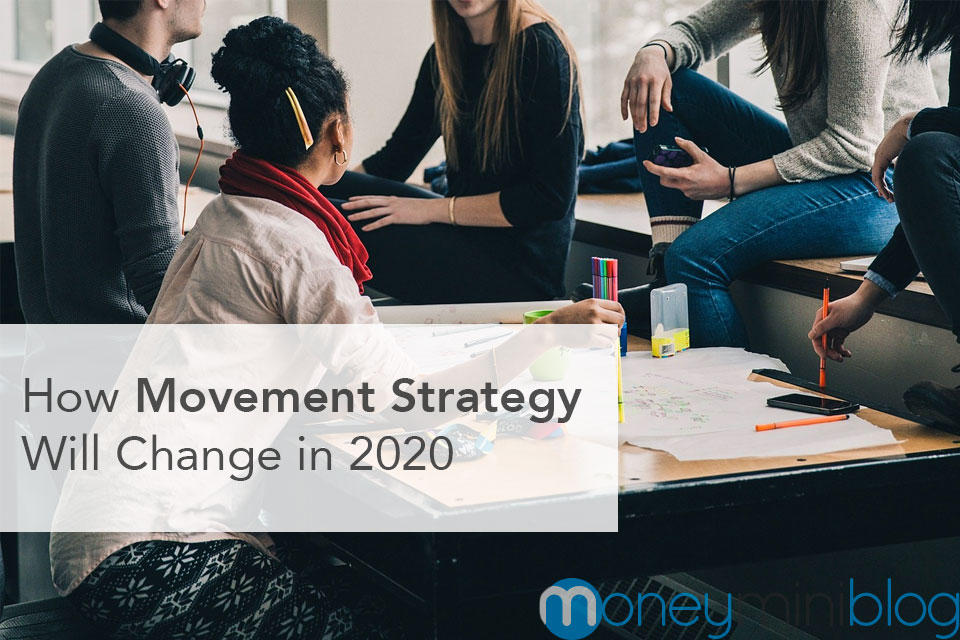 The movement strategy has been gaining momentum in the corporate world, and for good reason. It is more powerful than traditional means of advertising, both in client reach and in costs.

1. It Will Leverage More on Climate Change

According to StrawberryFrog, an authority site on the movement strategy, 87% of consumers would buy from a company that is involved with a social matter. Another 63% noted that they were turning to businesses that are leading campaigns on social and environmental courses.

This means that in 2020, the movement strategy will gravitate more towards climate courses. Climate change is one of the issues that most people are concerned with at the moment. It is an issue that is constantly on the mainstream media, and most people have seen its impact all across the world.

As such, an organization that tailors its messaging around such a course is likely to create a powerful movement in 2020 and beyond. It will be a huge shift for most organizations looking to create movements around themselves.

2. It Will Leverage More on the Power of Employees for Messaging

According to research by Pew Research, brand messages were 561% more effective when shared by employees, as compared to when they are shared through corporate social channels.

3. It Will Take a Political Angle

Just like climate change and environmental conservation, politics is likely to take center-stage in 2020. This is the year when the U.S will hold its elections. It is also the year that a lot will happen in the U.K and Europe with regards to Brexit.

These are politics that revolve around conservative and liberal ideologies, and business is a huge part of the debate. To build movements, businesses will be looking to rally around these ideologies.

As such, in 2020, there could be an upsurge of businesses building movements around politics. These movements will have a huge impact because, both conservatives and liberals are increasingly taking a hardline stance, and that’s a perfect environment for any business looking to build a movement.

Research shows that one of the best ways to build a movement is to define a monster and then take a stand on it. In this case, brands will most likely be looking to identify themselves either with liberal or conservative courses.

This could be in the form or raising a voice on various issues, or financing them in support of the community. Whichever form it takes, 2020 will be an interesting year for the movement strategy.