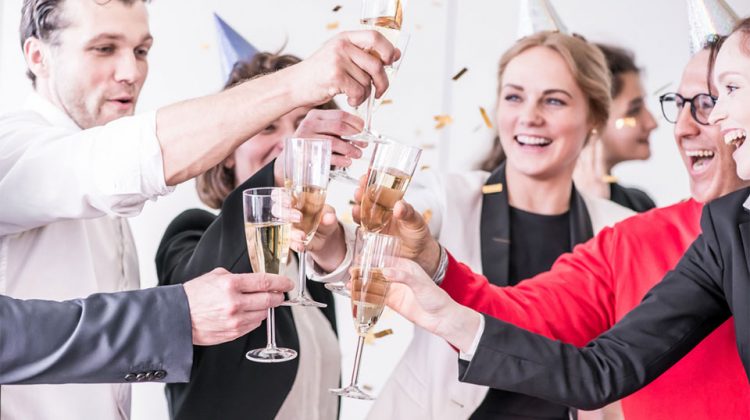 There’s no right or wrong way to say goodbye to anyone, even to your co-worker. When one decides to explore other options and leave your office, this is a hint that it’s time to bid farewell. It may not be a permanent one, as you can still be friends even though you no longer work for the same company, but it’s still different not seeing them around every day at work. So, at the very least, you’ll want that co-worker to feel special, especially now that their days in the office are counted.

So, why not come up with something memorable?  One that your co-worker will fondly remember for the rest of their life?  That said, this article will discuss some of the best farewell party ideas for colleagues, as well as why saying goodbye to a leaving colleague is important. So, read on!

If a virtual office party is impossible, an email message will do. You can make that even more special by inserting a few photos of their times in the office, or a video presentation comprising their most beautiful, funniest moments while working for the company. This is also a great idea for co-workers who are on a remote or virtual working arrangement. Remember, just because you haven’t seen each other physically, this doesn’t mean you haven’t developed a good relationship.

2. Give Them A Gift Coupled With A Card

This second idea is most viable if your co-worker is moving to another state or country. As much as you’d love to send them individual gifts, they might not be able to take such items with them. Hence, have your co-workers chip in for a unified gift instead of multiple small gifts. That way, whenever they see or use that item, they’ll remember all of you.

Don’t forget the farewell card, too—this is something they can add to their memory box.

Do you have a brewery where you live?  Or, perhaps, a winery?  So, instead of the usual office party, why not arrange for a brewery or winery tour?  It’d be an experience like no other, as it may not be something you always get to do with your co-workers.

As the day goes on, you don’t just get to enjoy beer or wine. You can also engage in good conversations, and have new memories built as co-workers, even if this is the last.

It’s expected that your soon-to-be-gone colleague will tell you not to make a big fuss about their departure. But, if you’ve gone close as a department, for instance, surely, you can’t let them leave without a bit of a fuss, right?

So, they won’t have to be involved in the whole process, host a surprise party instead. You can do this inside the office right after work, or in a restaurant or pub where you can all gather for dinner on your co-worker’s last day. You can also have a few fun games during that surprise party to amp up the whole experience.

Why It’s A Must To Hold A Proper Office Farewell

When a co-worker is about to leave your office, it’s important for you and the rest of the team to at least give them a good and meaningful farewell. It doesn’t have to be grand, only special. Surely, you don’t want them to be sad on their last day of work, feeling as if their time in the company wasn’t even valued, or that they haven’t made a single friend as no one even bothered to bid them goodbye.

Be it a simple but heartfelt message, a gift, a card, or an office party, giving that colleague a proper farewell is a way of saying thank you for the memories you all made together, not just as co-workers, but also as friends. It’s also that push they’ll need as they take on a new chapter in their life.

While this may be a big and exciting transition for your co-worker, leaving an office is never easy. Their emotions may be on the roof, with a mixture of stress and anxiety. You can keep such negativity away and bring some positivity in by showing them some love with a well-thought-out office farewell.

In a nutshell, giving a co-worker a good farewell is all about making them feel valued. Whichever way you go, the most important thing is they’re able to feel your appreciation for both the professional and personal bond you’ve created. As they’re about to leave your workplace, they’ll be able to bring good memories from your office through a simple yet unforgettable farewell celebration.