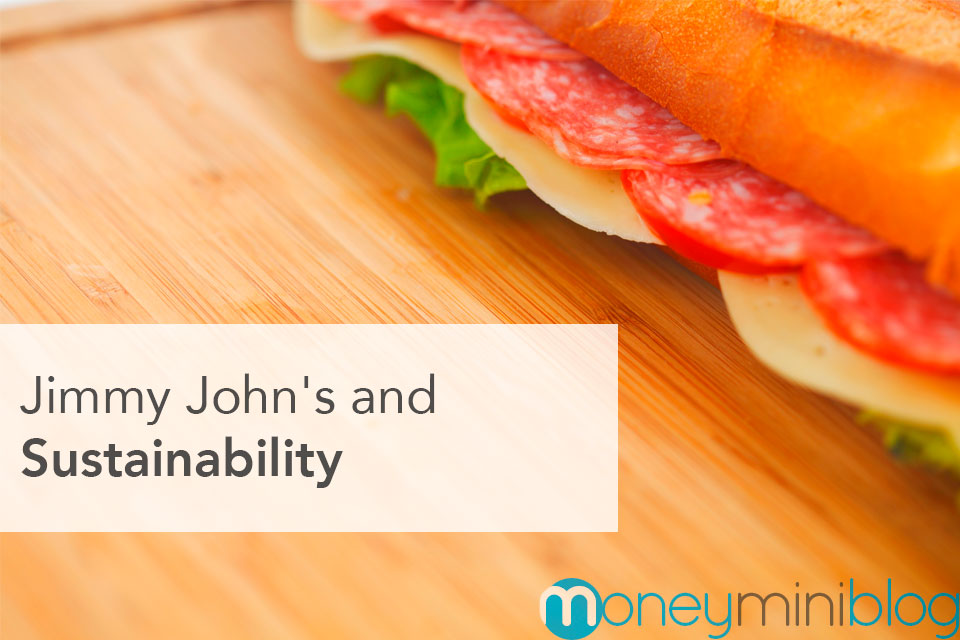 Back in 1983, popular sandwich chain Jimmy John’s had only one location and was actually known as “Jimmy John’s Gourmet Sandwiches”. The founder, Jimmy John Liautaud, strategically set up shop in the middle of a line of bars and late-night spots near the Eastern Illinois University in Charleston, Illinois. Those nightlife businesses catered to the “thirst” of students and young people in the area, but Liautaud quickly identified the lack of a reliable, affordable, and most importantly available restaurant for late-night, post-bar-hopping eats.

It is now 2020, 37 years later, and this scenario — college students spending the night on the town, searching for cheap, quality food at all-hours — is still familiar to most of us. Liautaud understood that in order to be successful he would have to find a sustainable business model, not just a quick cash in on a restaurant or food fad. So he chose sandwiches for his offering and college-age young adults for his target demographic. Eventually, Liautaud began hand-delivering sandwiches to the dormitories and student housing in order to expand to the next level of sustainability: convenience.

But these types of sustainability all have to do with making money; in other words, how one sustains a business. However, Liautaud soon realized that best money-making practices and best ethical business practices more often than not go hand-in-hand. Clearly, based on the over-2,700 Jimmy John’s locations in the world today, the Jimmy John’s model has proved extremely successful. Sustainability has not gotten in the way, but rather improved the business in a number of ways.

Whenever we talk about sustainability in food or the restaurant industry, meat is often the top concern for both activism and long term business goals. As a perishable, it is a top priority to avoid waste. But as animal life, it should be a top priority to promote responsible sourcing and ethical treatment. Jimmy John’s has implemented the meat industry’s largest third-party remote video auditing system to monitor the handling of poultry in order to ensure that they are in fact treated properly.

Another facet of the meat industry is that it contributes a great deal of pollution into our atmosphere. Jimmy John’s has recently pledged to do their part and reduce their own greenhouse gas emissions by 30 percent over the next decade, reaching their goal by 2030. In 2020, the company also committed the largest-ever land stewardship grant by a U.S. protein company, funding the improvement of environmental standards across over two million acres of cropland.

Jimmy John’s has long been partnered with a number of suppliers with common goals for a more sustainable world. Jimmy John’s biggest name partner is Coca-Cola. Recently, the soft drink giant set a new World Without Waste goal, aiming to recollect and recycle every bottle and can the company puts out in the marketplace. This goal, like Jimmy John’s own greenhouse gas reduction goal, is set to be accomplished by 2030. Since 2015, Coca-Cola has been maintaining its goal of replenishing 100 percent of the water used in its beverages back to communities and nature.

Hellmann’s Mayonnaise was awarded the highest environmental score in 2017 by the Dow Jones Sustainability Index, as well as leading the pack in the 2017 GlobalScan/SustainAbility annual survey, which determines Global Sustainability Leaders. Grey Poupon has also pledged a 15 percent reduction of greenhouse gas emissions and energy, water and landfill waste by this year, 2020.

The Jimmy John’s Bread Company, the company’s sole bread supplier, has been recognized for using recycled materials in 35 to 50 percent of their cardboard. Additionally, all of Jimmy John’s bulk ingredients are stored in reusable containers. These efforts have earned the bread company certifications from the EPAct, Green-e, and Constellation Energy.

Giving Back to the Community

In 2017, Jimmy John’s donated more than $16 million and provided 40 million servings of food for hunger and disaster relief. But beyond just disaster relief, Jimmy John’s routinely gives back to the community via job creation and their ongoing work with local businesses. The company employees a vast array of vendors and affiliates, creating upwards of 210 new jobs every single week. The 2,700-plus Jimmy John’s franchises are all served and worked on by a variety of local businesses and contractors. These include plumbers, electricians, carpenters, and repair companies. Without the coordinated efforts of these small businesses, Jimmy John’s could not construct and maintain new locations with the same care and efficiency that they enjoy now.

Jimmy John’s facilitates economic growth in smaller communities, giving greater opportunities and success. Just like their strategic partnerships with sustainable companies, Jimmy John’s prioritizes the hiring and training of franchise employees and managers that will strengthen the brand’s sustainability goals. Founder Jimmy John Liautaud found his model back in 1983, and is still the company’s biggest champion for better and better standards and practices.