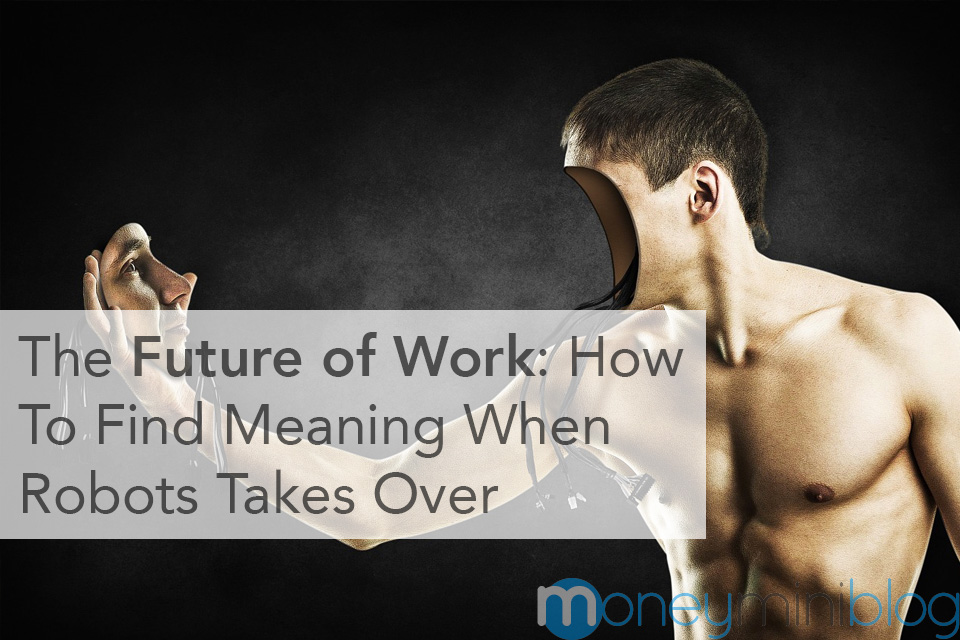 Are machines taking over the workplace?

What happens to human beings when the robots take over? Many sci-fi movies, like the Matrix or the Terminator, depict dystopian futures where the robots have taken over. The humans are forced to fight against these machines for their very existence.

Yet, something similar has already happened once in history. When factory production took over in the 19th century, the artisans who produced their goods by hand could not compete with the massive factories.

The factory continuously churned out goods at a much lower price, driving the market value of these prices down, forcing the artisans to quit their jobs and work in the factories. A group named the Luddites, made of textile workers and weavers, waged a war against these machines, destroying the weaving machinery that had stolen their jobs.

But what happens to our jobs when automation completely removes the need for human labor? Where will we work then?

In an interview with Wired, Martin Ford (author of the book Rise of the Robots) said:

“It doesn’t matter whether you’re working in a factory or sitting in a desk or working the service sector; if you’re doing something that is fundamentally routine and predictable, that job is ultimately going to be threatened by a machine learning it.”

What’s more, tasks as complicated as giving advice for investing on the stock market has become placed in the hand of “Robo Advisors,” computer programs designed to make more efficient calculations about how to invest.

When someone buys a package off a website, someone has to take the item from a location in the warehouse, put the item in a package, and prepare that package for shipping. The people who locate the item for the order are called “pickers.”

In many factories, “Fetch” robots have started to become a part of this process. Now, the picker simply needs to take the item from the shelf and put in on the robot.

In the Wired interview, marketing director Landon Spring said the robots don’t replace people. In fact, they have only been hiring people because of how much more business they have been getting.

Yet we should remember that this “boom” is only temporary, until the other competitors catch on.

What Must People Do to Stay Productive?

During the industrial revolution, factory owners worked hard to automate the production process the best they could.

Keeping people productive employed Fordism, which organized human labor into assembly lines, and Taylorism, which used clocks and other forms of discipline on the factory floor to keep people constantly productive.

In other words, the industrial revolution had to turn human beings into programmable machines, training them to do the same repetitive task over and over. It’s no wonder that these tasks have become so easy to program.

For humans to compete with robots, human labor has to be both cheaper and faster than the robots.

How Humans are Increasing their Productivity

Many people increase their productivity by working two jobs. In the United States, overtime isn’t calculated per capita, which means that a single person can have a twelve hour week by working six hours at two different jobs. This makes human labor cheaper, making it still more valuable than an expensive robot.

Many doctors, students, and urban professionals have started using various dietary supplements to increase their productivity. Nootropics, for example, are herbal supplements mixed with natural stimulants that many students use to help them focus while studying.

Nootropics like Qualia also help us unlock our creative abilities, helping us do the kind of thinking that cannot be programmed into a computer: our ability to think something radically new.

If you knew a book or article was thrown together by a robot, would you trust the information? People generally hate television or movie plots that are too formulaic, as this helps preserve the element of surprise, leading us to discover something new and unexpected.

If television were randomly generated by computer algorithms, who would want to watch it?

Until robots reach the level of human intelligence and creativity, human beings will always be necessary for their creativity.

John Haugeland, a philosopher of artificial intelligence, once said: “The problem with computers is that they just don’t give a [darn].”

As human beings, it is fundamental to us that things matter to us. Robots cannot understand this. We would never trust a robot to be a police officer or politician.

Nor could a robot (except indirectly) make us laugh at a stand-up comedy bar or help us sort through our problems on the therapist’s couch.

Can We Find Meaningful Work After Robots Take Over?

The world of the robotic future is a complete mystery. Will we continue to have jobs once robots take over, or will there be massive unemployment?

Here, we must remember that the goods won’t be produced unless there is someone there to buy them. This is simple supply and demand. People won’t make good unless there’s a market of buyers, otherwise they will go out of business.

Some economists suggest the answer might lie in a “universal basic income,” the idea that every person receives a flat rate of income regardless of their work. Although this may sound utopian, something like this already exists in Alaska, where every resident gets a thousand dollars a year from oil dividends.

In the television series Star Trek, Gene Rodenberry imagined a future where human beings no longer needed to labor to provide for their basic needs due to advancements in technology.

In this world, the humans became explorers, philosophers, and scientists, seeking to better themselves and explore the world around them.

In a robotic future, we could find a world where human beings no longer have to do meaningless repetitive labor to earn a living, but focus instead on the things that matter to them, whether this means raising a family, teaching students, publishing research, or creating art.

This basic human creativity is something that no machine can replace.

About the Author:
Dan Fries is an entrepreneur and writer. He is the co-author of three highly-cited papers in the field of translational oncology research. Dan’s diverse background includes positions as a research associate at OSI Pharmaceuticals, an associate scientist at Medtronic Cardiovascular, and research scientist at both the Michigan Center for Translational Pathology and the Meyerson Lab at Dana Farber of Harvard Medical School. He currently writes about the responsible use of nutrition and supplementation as a means for treatment. To learn more about Dan and his current research you can visit his website, Corpina Nootropics.