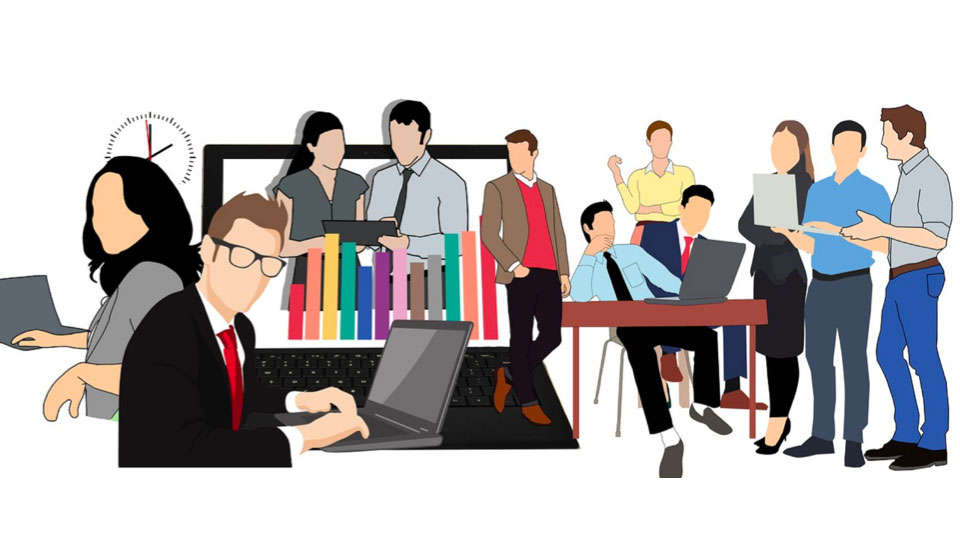 It is near impossible to discuss modern-day business enterprise without e-commerce creeping into the equation. Amazon, eBay, Alibaba, and a plethora of other ranking e-commerce platforms now dominate the scene. Affordable technology has revolutionized the way that customers purchase their goods and services. At the risk of stating the obvious, the comfort, convenience, and cost effectiveness of online shopping has shifted the focus from land-based stores to the virtual arena. George Mason University School of Business writer, Robert Wulff inked an op-ed titled, ‘The Impact of E-Commerce on Retail Real Estate’.

The thrust of his argument focused on the runaway growth of online sales ($1.9 trillion in 2016, doubling to $4.1 trillion by 2020), at three times the clip of land-based retail operations. This is a stunning finding. According to the US Department of Commerce, online sales are expected to hit $485 billion by 2021, and Deloitte anticipates that 30% of retail sales will be generated through e-commerce activity. The top 3 components vis-a-vis retail sales, include: apparel & accessories, auto parts/book/music/video.

Clearly, businesses which fail to adapt to these changing times will invariably fall by the wayside. Entrenched bricks and mortar operations tend to view the e-commerce arena with a degree of skepticism, fearing that it will destroy their businesses. This fear is somewhat misplaced however. Several leading entrepreneurs, notably Alex Mehr and Tai Lopez have employed these very turnaround strategies for ailing businesses, to great effect.

The duo established a Florida-based corporation, REV (Retail E-Commerce Ventures) with the express purpose of transforming failing land-based businesses with tremendous brand awareness via e-commerce channels. The company is engaged in, ‘Scaling ethical companies: moving the needle for both our investors and the world at large.’ They actively seek out top-tier brands which are struggling to stay afloat, or which have declared bankruptcy, and initiated liquidation proceedings. Several notable examples abound, including the following:

As cases in point, Modell’s Sporting Goods was generating $538 million in revenue pre-acquisition (2019 figures), while Pier 1 Imports generated 2019 revenues of $1.5 billion, pre-acquisition. Other notable retail juggernauts such as Dressbarn featured 650+ land-based retail operations in 2019, pre-acquisition. All of these companies have been transformed from failing business models, courtesy of REV, and its executive leadership – Alex Mehr and Tai Lopez.

The brains trust behind REV have extensive industry experience, particularly with online marketing, sales, and social media. Alex Mehr (former NASA scientist) is the co-founder of the hugely popular online dating app, Zoosk (sold for $280M). Tai Lopez is a social media sensation with millions of followers, and prodigious business acumen. Combined, these entrepreneurs have transformed many floundering businesses via e-commerce.

Blue Apron Under the Spotlight

Lopez is no stranger to the food subscription service industry, with substantial investments in Farmers Box. In recent months, it came to light that a leading provider of prepared meal kits, Blue Apron was struggling with huge declines in subscriber numbers. In the final quarter of 2019, Blue Apron shed 351,000 customers, or 37% of its clientele. Revenue plunged $94.3 million, or 33%. Not one to sit idly by while business profits are going into freefall, Lopez and Alex Mehr have been assessing the viability of the business, for a strategic takeover.

At the time (February 27, 2020), Blue Apron had net debt of $82 million, and $40 million cash on hand. Fast forward to the present day, Blue Apron has embarked upon an aggressive growth strategy, with 4 new directors at the helm. While REV has not participated in the shakeup, it’s outsized influence on the industry has accelerated the need for change.

Retail e-commerce activity has shown consistent growth year-on-year. This is expected to continue at a steady clip moving forward. Presently, 4.206 trillion dollars’ worth of e-commerce activity is being generated, with sharp increases expected in the years ahead. Land-based businesses reluctant to embrace shifting consumer preferences do so at their own peril.

Entrepreneurs like Mehr and Lopez are working feverishly to bring well-known brand names to life in the virtual arena, where a global audience of consumers stands ready to make their purchases. The constraints of physical retail outlets are proving to be burdensome to SMEs looking to cut costs, and boost profits. By transitioning online, these SMEs can build on their brand awareness, customer loyalty, and enjoy widespread global market penetration.