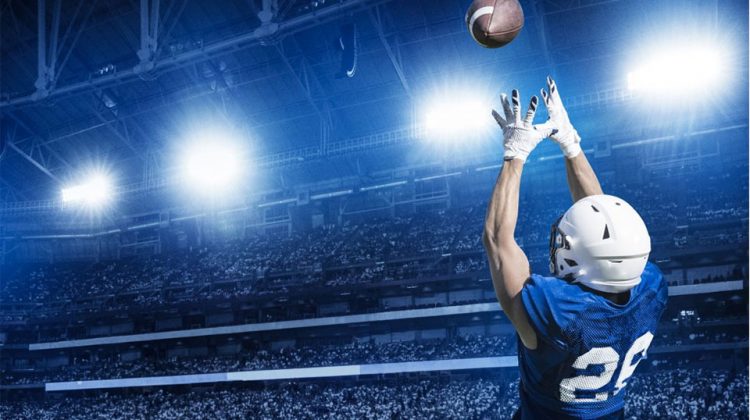 College sports is a mega business in the United States, with college football alone generating $4 billion a year. It’s a wonder how college athletes are only now being allowed to get paid, and not even directly from colleges.

Students from all over the world get offered sports scholarships but nowhere comes close to America on that front and the system therein is proven to be the best at developing and grooming young talent for professional sports.

Future sports stars are identified pretty early nowadays, sometimes as early as seventh or eighth grade. This makes it so that youngsters who wouldn’t otherwise be able to attend college could do so with most expenses taken care of. But don’t let that fool you, schools aren’t doing it for the students, they’re doing it for their programs – successful programs translate to lots of money.

Sports at the collegiate level have become a business, though it isn’t all that new. In 1906, the president of Duke University wrote a letter bashing the commercialization of sports, which meant it was already a thing by then. As mentioned above, college football generates $4 billion a year and that figure will be improved as the years and seasons roll by.

If you’re wondering where all of this money comes from, we’ve got you covered right below. For one, the NCAA isn’t taxed harshly. There are several other avenues through which college sports generate revenue but the biggest one is media rights. College football is immensely popular in the States and it’s now rivaling the NFL, with fans supporting their local teams as if they were religions. It also presents a different set of opportunities for sports betting, with sportsbooks like DraftKings offering promo codes across several college sports being Football and Basketball the most popular ones

The Power 5 conferences reap the biggest financial rewards. The SEC makes $433 million a year, the Pac-12 brings in $339 million, while the ACC is responsible for $277 million, and the Big 12 rakes in $237 million. Those figures are only representative of TV contracts so you can well imagine how much more is generated via digital rights deals.

College football is not only viewed on TV and via streaming. Fans make it their duty to attend as many games as they can. Lots of money comes from ticket sales and, as surprising as this may sound, you could pay more to attend a college game than a regular-season NFL contest.

The SEC, which already makes the most money in TV deals, has games going for $168 a ticket on average. There are also fees for parking, food, drinks and merchandise that makes schools a further $4.7 million a year.

Ticket sales are believed to make around $62 million per year.

When sponsorships are taken into account, there’s, even more, to point to.

Some of the biggest brands in the U.S. have struck deals with college sports. As they were not allowed to work directly with athletes, they had to come up with other ways to advertise within the college game.

One of the more common methods was to secure rights to the major games. College football has many bowl games on show every year and you’d notice that most of them carry names promoting brands such as Chick-fil-A, Goodyear, Capital One, PlayStation, and Northwestern Mutual.

Nowadays, companies could offer sponsorship deals to individual athletes. Earlier this month, Kansas walk-on Jared Casey was featured in an Applebee’s advert following his game-winning touchdown against Texas. The player has signed a deal with the restaurant chain and is also discussing a contract with a motor vehicle company; he could get a shirt deal too.

Colleges also collect loads of donations as local philanthropists, alumni and other individuals contribute. The more successful a program is, the more donations it receives.

On a controversial note, there is the issue of how much college coaches get paid. Florida State’s Mike Norvell is reported to have signed a six-year deal worth $26.5 million to take over the Seminoles’ program last year, which is way more than a college professor could hope to earn over the span of an entire career.

Juxtapose that by what players get paid – nothing. Sure they’re getting an education, but it’s only because of the hard work they put in on the field or court. While scholarships are typically worth around $28,000, most times the figure isn’t enough to cover all of the costs. Of course, the most successful of college athletes have the opportunity to become millionaires yet only a small percentage make it to the pros.