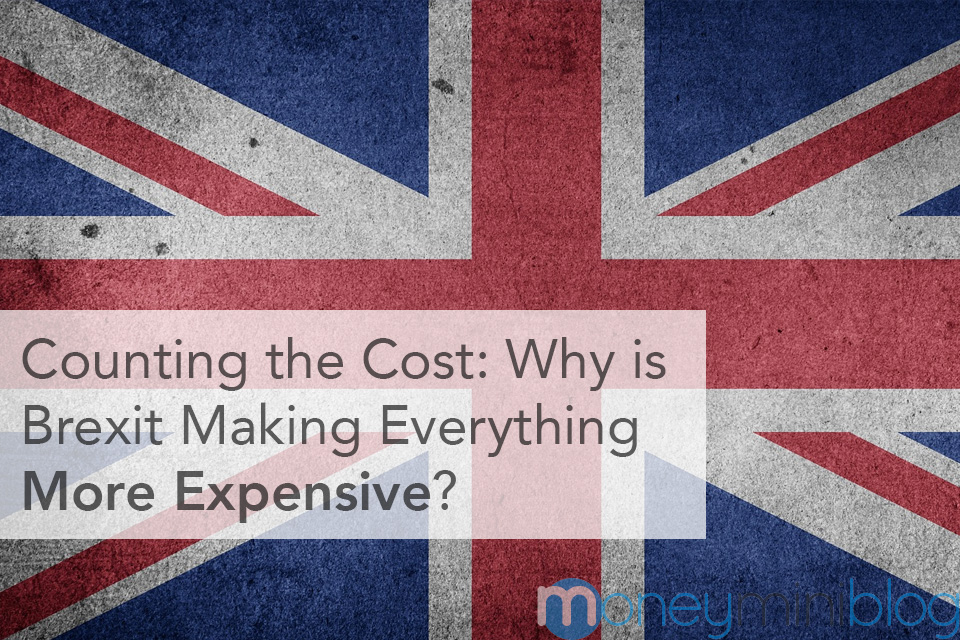 Note: UK readers, enjoy this article on how Brexit is affecting the UK economy now, several months after the decision.

Panic gripped the British public in October 2016 when it was announced that Tesco were in dispute with Unilever. Jars of the beloved Marmite were not being replenished on the shelves and stocks were running low. Tesco accused Unilever of arbitrarily raising their prices in the face of changing financial circumstances surrounding Brexit. Unilever hit back, saying they were simply increasing their costs realistically to offset a squeezed marketplace.

Less than 24 hours later, the supermarket and supplier had kissed and made up, allowing shoppers to purchase the sticky brown yeast extract they crave so desperately. But was this more than just a blip? Can we look forward to an extended period of prices rising across our economy?

Here, Mike James and Best VPN take a closer look at the situation, and what the implications could mean for those concerned.

Some analysts have suggested that Unilever was cynically trying to raise prices at this time to take advantage of confusion in the marketplace. But the truth is that Unilever were likely simply responding to increasing costs that they are facing. Tesco may have been able to negotiate a reduction in the kinds of prices that they were initially demanding – but this cannot situation won’t last forever.

A Delay in Real Price Rises

Unfortunately the Unilever scandal may well be just the tip of the iceberg. We haven’t really seen a huge hike in prices just yet – but that’s mostly because despite the additional costs caused by the weakening of the pound, supermarkets have kept their prices fairly constant; in effect, cushioning their consumers from the real effect of Brexit. This is likely as a part of a plan to let things stay the same for now until the economic forecast is a little clearer.

But there should be no doubt that supermarkets will not be happy to take the additional price burden forever, and prices will inevitably start to creep up. Some analysts have suggested that the price of standard shopping will increase by around 20 per cent as a result of Brexit.

We’re already starting to see the tide turning. The chief executive of Typhoo Tea has stated that it is costing them far more to produce their teabags, as the company imports almost 100 per cent of the ingredients and the price of importing goods has risen steeply. Inevitably, this increase will have to be passed on to customers.

Now other popular brands are following suit; Walkers and Birds Eye have both reportedly requested that supermarkets increase their price. Once again, the culprit is the additional costs of imports. Birds Eye have even reportedly been considering reducing the number of fish fingers in their packets.

And it’s not just food that will see an increase. Britain’s biggest bicycle retailer, Halfords, has warned that as many of their bikes are imported from Asia, bike prices in UK stores are likely to rise significantly.

The Pound is Vital

The key factor in all of this is the strength of the pound. The reason that prices are having to rise for UK consumers is because the pound is now weaker against currencies around the world. That means British companies are having to pay more money to import goods. In the immediate aftermath of Brexit, the pound dropped to its lowest level in more than 30 years, and while it has rebounded slightly, it is still struggling.

There is a trade-off, of course; the weakening of the pound means that any British businesses that export their goods and services should see a rise in sales. But for the buying public, they are having to carry the burden of the increased import costs.