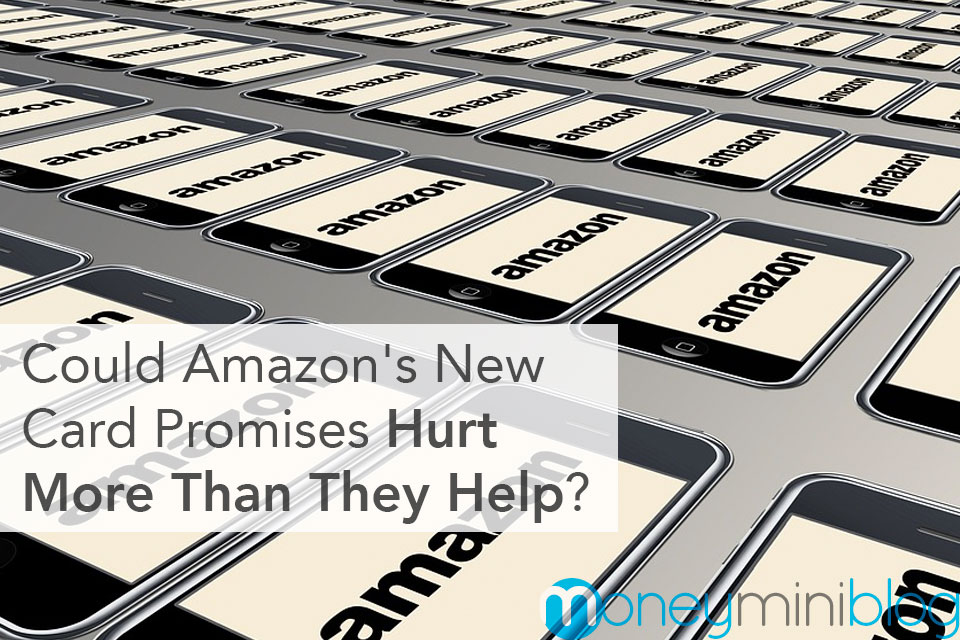 As far as online retailers go, Amazon is arguably running the show. While fashion e-commerce accounted for roughly 20.4% of all fashion retail sales in the U.S. during 2018, Amazon is the competitor to beat in the online shopping realm.

And with new acquisitions and innovations tied to the brand emerging on a near-daily basis, anyone who wants to give Amazon a run for their money will likely end up spending a lot of their own.

In addition to digital assistants, shipping fleets, drones, and who knows what else the company is cooking up, Amazon recently announced they’ll partner with Synchrony Financial to create a credit card that allows people with poor credit scores to build theirs up over time. But is it possible that this idea isn’t as sound as it seems?

In our world of convenience, we rely on plastic for just about everything. From tools and equipment created through the reaction injection molding process to the bags and containers we use to carry and hold our everyday belongings, we’re dependent upon this lightweight and versatile material. And, of course, we use it as one major option for legal tender. Despite the fact that 16.8% of all identity theft fraud cases that occurred in 2017 were the result of credit card fraud, we’re not deterred from using this handy method of payment. But, of course, there are downsides. It’s easier to forget about what you spend when you have to pay for it later on, which can often result in consumer debts, late payments, and poor credit scores.

But Amazon claims they might have a solution. The company already has one credit card of its own, called the Amazon Store card, which offers rewards like 5% cash back on purchases to encourage customers to use this card instead of other cards in their wallets or purses. But now, the company will again be teaming up with the publicly traded bank (which powers that aforementioned Store card) to launch the Amazon Credit Builder program. It’s meant to lend to consumers who have either bad credit or no credit history at all, two demographics who are excluded from the company’s loyalty card company.

This new card will offer the same rewards as Amazon’s other card, but it will be what’s known as a secured card. It requires a refundable security deposit (which can be anywhere from $100 to $1,000) that will serve as the credit limit for the card. While secured cards have often been used as a way for consumers to build or rebuild their credit, it’s always been an option offered only by banks until now. In addition, the card will offer no annual fee and special financing options on certain purchases.

According to FICO, roughly 53 million people have no credit history, with 79 million others who have subprime credit. But while the idea might sound appealing on paper, not everyone is on board. Senator Bernie Sanders and Representative Alexandria Ocasio-Cortez have already spoken out against the card, which comes with a 28.24% interest rate and could potentially stand to make consumer credit much worse if bills aren’t paid in full and on time. If used properly, the card could conceivably help — but that’s a big “if,” according to many experts. Plus, since the card is affiliated with Amazon and can be used only for Amazon purchases, it might make it much easier for customers to over-spend on the website or app and regret it later when they get the bill.

It’s also important to note that this particular card uses deferred interest as part of its 0% APR introductory offer. While deferred interest is relatively common among retailer credit cards, it’s not something typically included in secured credit cards. If a card owner doesn’t pay off the card in full by the end of that promotional period, that individual will be forced to pay accrued interest retroactively, which could add extra emotional and financial stress.

What’s more, the way that Amazon calculates the card’s promotional period and the card owner’s payments is on a sliding scale that’s based on the amount of purchases made. Ultimately, using this card could end up creating more confusion and less financial control, which is exactly what people with poor or no credit really don’t need.

Certainly, the card has some intriguing features and could be a good way for a financially responsible person to start building their credit from the onset. But if you’ve had credit issues in the past or you don’t do enough research, adding Amazon’s newest credit card to your wallet could end up being a big mistake that could do more harm than good.